Sony will unveil a new line of super compact cameras on September 15 at 06:30 IST. 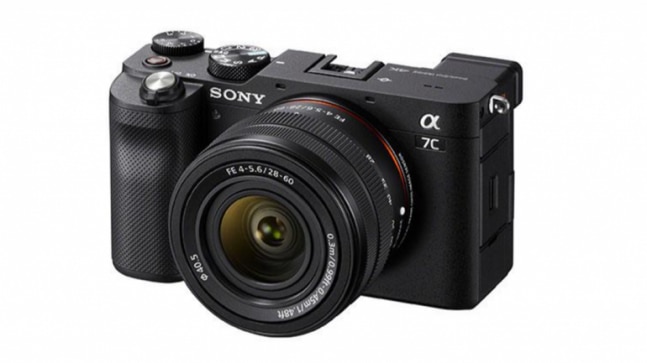 Sony is quick on the uptake and makes moves accordingly. The imaging brand launches products that may fulfill the demand of camera users. With an ongoing trend of vlogging, or the growing number of travellers, Sony is set to launch a new line of full-frame cameras that will be really compact. As we reported earlier, Sony a7C will be the company's first super compact full-frame camera.

The company will announce the new Sony a7C camera on September 15 via livestream. Titled as "New concept Alpha is coming on Sep 15th 2020", the livestream will finally unveil the camera officially with more details. Camera users will be able to watch the livestream on Sony's official YouTube channel at 06:30 IST.

But courtesy of SonyAlpha Rumors, we do know a couple of things about Sony a7C. The camera will feature a 24-megapixel image sensor, as present in Sony a7III, and an autofocus system similar to Sony a7sIII. The new a7C camera model will be able to shoot 4K videos at up to 30fps.

Similar to Sony's recent video-centric cameras, Sony a7C will come with IBIS (in-body image stabilisation) and will be marketed for vloggers and YouTubers which prefer portability and lightweight cameras.

While the body size of Sony a7C will be in the nature of Sony A6600, the updated rumoured specs on SonyAlpha Rumors suggest that the camera will not feature any pop-up electronic viewfinder. Other specifications of the camera will include a single SD card slot, USB-C port, a mic-in and a headphone jack, built-in WiFi and Bluetooth, and NP-FZ100 battery.