Sony Walkman comes back: It runs on Android, supports fast charging and comes with Wi-Fi

Sony has launched a new version of the Walkman music player in India. The new Walkman supports high-res audio and runs on Android for streaming audio from online platforms. 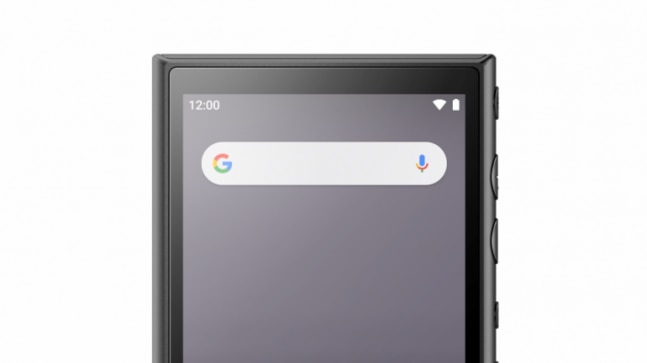 If you grew up in the 90s, chances are that the Sony Walkman must have been an inseparable part of your life. In 2020 though, the Walkman's duties have been taken over by our smartphones, with digital streaming platforms meeting all our music needs. However, Sony feels that there's still a market for a dedicated portable music player that focuses more on audio quality than anything else and hence, it brings back the Walkman in 2020. This time, it comes in a brand new avatar with the modern conveniences.

Sony calls it the NW-A105 Android Walkman and as you must have guessed even without stressing your grey cells, it runs on Android. It still can't make calls but it has been adapted for the modern world with new features. The new Walkman gets a relatively useful 3.6-inch HD display with narrow bezels around. The body gets a couple of control buttons for music playback and volume controls. The device runs on Android 9 Pie, which is not the latest version of Android but it does support all the music streaming apps and services.

The NW-A105 comes with 4GB RAM and 16GB onboard storage, of which the latter can be expanded to 128GB via micro SD card. However, for those concerned with storage, the support for Google services means you can rely on Google Drive and other cloud-based backup services.

The Walkman is completely meant for music lovers and Sony ensures it offers all the bells and whistles to offer the best music experience. The player supports DSD audio formats up to 11.2MHz, with its high-quality PCM conversion. Sony says it also supports DSEE HX that rebuilds audio lost during digital compression for a full-fidelity audio experience while streaming. The S-Master HX digital amplifier is also meant to amplify the smaller details for the rich audio experience. Even though the player supports playing high-quality offline music tracks, Sony has built-in Wi-Fi to allow streaming music from all the online streaming apps. For those who have made the switch to wireless audio accessories, the Walkman supports Bluetooth connectivity as well as NFC pairing.

Sony hasn't mentioned the battery capacity of the new Walkman but it says the players can run for 26 hours on a single charge and it supports fast charging via its USB-C port. And if you have been wondering, it still comes with a 3.5mm headphone jack.

The Sony NW-A105 Android Walkman has been priced at Rs 23,990 and will be available in only a black colour variant. The new Walkman will go on sale from January 24.