Sony WF-1000XM3 earbuds tipped to launch in India: All you need to know 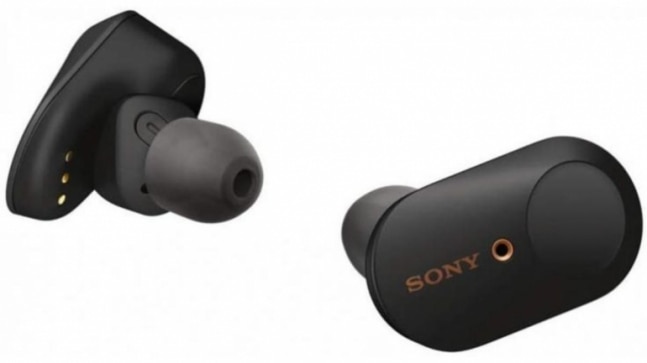 Sony recently launched two new earbuds in India, the WF-SP800N and WF-XB700. Priced at Rs Rs 18,990 and Rs 9,990 respectively, the earbuds brought with them a number of premium features. However, it appears Sony could now add to it soon by launching the WF-1000XM3 active noise cancelling true wireless earbuds in India.

According to leaks and rumours, these could be launched in India in the first week of August. As per a reports by HT Tech, the Sony WF-1000XM3 could be the same "earbuds that were launched in the US and other countries in 2019". Despite being the flagships for last year, these won't reportedly be priced too high in India and could retail for less than Rs 20,000 in India.

As for the specifications, the new TWS from Sony get HD Noise-Canceling Processor QN1e and Dual Noise Sensor Technology. They come with a 6mm dynamic driver to offer improved sound quality. For connectivity, thet will support Bluetooth 5.0. However, Bluetooth codecs such as aptX and LDAC will not be supported. There is support for SBC and AAC Bluetooth codecs.

The Sony WF-1000XM3 could promise up to six hours of music playback with active noise cancelling, and up to eight hours with ANC switched off. With the case, users can take this up to a total battery life of up to 32 hours per charge cycle.

In terms of the price, the Sony WF-1000XM3 could be priced under Rs 20,000. The earphones will go on sale in the first week of August, and are expected to be available through the online and offline retail channels. To remind our readers, Sony's recently launched first true wireless earphones in India, the WF-SP800N and WF-XB700, were priced in priced at Rs 18,990 and Rs 9,990 respectively.

The two, however, are not flagship products. The Sony WF-1000XM3 on the other hand will be one, and as such will take on the likes of Apple AirPods, Jabra Elite 75t, and Samsung Galaxy Buds+, once it's launched.