One of the best Active Noise Cancellation earbuds – the Sony WF-1000XM3 – are selling in India with a major discount and it is a deal you should definitely consider. 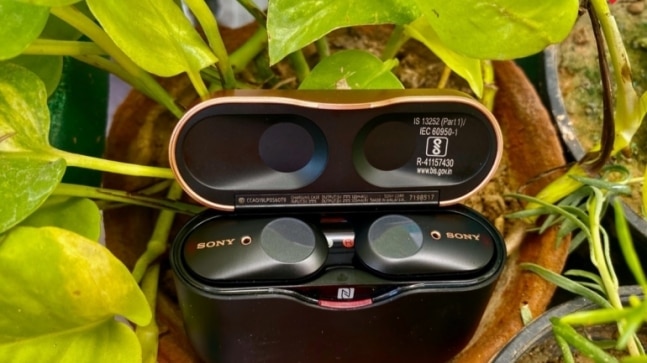 One of the best Active Noise Cancellation earbuds the Sony WF-1000XM3 are selling in India with a major discount and it is a deal you should definitely consider. Launched only last year in India, the WF-1000XM3 were priced on the higher side at Rs 19,990. Not all interested buyers could have spent that sum on a pair of TWS. The competition was also tough and Apple AirPods Pro made for an equally good buy. However, the earbuds are now selling with a discount of Rs 6,000 which makes them an excellent buy.

-- Sony WF-1000XM3 offer everything you expect from a premium pair of TWS. Sony has used a combination of beige and gold on the case as well as the buds which gives them a different and stylish look. The design itself is different from what you get on most earbuds.

-- Sony has equipped the earbuds with one of its finest ANC processor - QN1e which facilitates 24-bit audio signal processing while acting as a DAC. You get support for AAC and SBC codecs. The processor is able to deliver great audio output, finding an impeccable balance between vocals and instruments.

-- The earbuds also come with Sony's Quick Attention feature which was earlier used on its headphones. The feature allows users to press and hold the touch pad to reduces the music volume so that users can talk to someone. This is very handy feature that gives Sony WF-1000XM3 an advantage over others.

-- The biggest reason to buy the Sony WF-1000XM3 should be the ANC on offer. The earbuds have one of the finest Active Noise Cancellations we have tested on a pair of earbuds. They manage to filter most background noises and are ideal for frequently traveling users.

Things to consider before buying

There are also few things that you need to consider before buying the Sony WF-1000XM3. The charging case and the buds are both bulky. The earbuds feature a three tier design which keeps a large part of the body out of your ears. This can be uncomfortable at times. Also, you don't get any protection against sweat and water, which somewhat limits use.