Sony Xperia Compact 2021 will be back in 2021: Leaks, Rumours, Specifications, Renders, pricing and everything we know so far

The Sony Xperia Compact 2021 is expected to be an impressive compact smartphone. There's a lot of talk going on around this device, so we decided to stack up everything we know about this device. 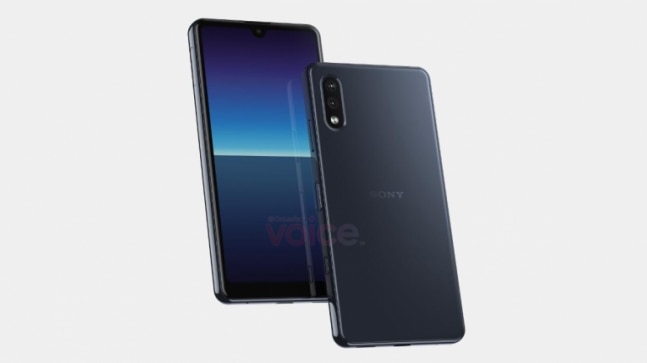 The smartphone industry is slowly shifting its focus towards compact devices. The arrival of compact flagship and mid-range flagship devices like the iPhone SE 2020, Samsung Galaxy S20 FE, Pixel 4a and iPhone 12 Mini clearly states that the top players are keen. Another big player and an ardent supporter of compact devices is looking to begin 2021 with a compact smartphone.

The Sony Xperia XZ2 was Sony's last compact device since then the device maker has kept its users waiting for a compact successor. This void may soon be fulfilled by Sony's Xperia 2021. Keep reading as we've stacked up everything we know about this compact device. -- Courtesy of the same tipster, we know about the design of the device too. The renders showcase a boxy device with rounded corners and a dewdrop notch. On the left, the device seen to hold a dedicated camera button and a capacitive fingerprint reader integrated into the power button. The top of the device housing a 3.5mm jack and a small microphone opening can be seen in the leaked renders.

--Sony's Xperia lineup always tries to deliver the best in terms of optics. Also, the fact that it produces camera lenses and sensors allows its engineers the flexibility to play around the camera with the camera. The Xperia 1 II launched just before the Xperia 5 II was solely a camera focused device with an exclusive set of features and a dedicated app to harness the camera's full potential.

--In terms of Optics, the Sony Xperia Compact 2021 is expected to feature a dual-camera setup consisting of a 13MP primary sensor. This Setup is housed in an elongated pill-shaped mechanism whereas the 8MP front shooter is housed in a dewdrop notch. We might see support for 4K 60/30fps video recording on this device.

--There are several speculations over the processor powering the Sony Xperia Compact 2021. A Japanese blog reported that it would be powered by Qualcomm's Snapdragon 775 chipset however some reports are hinting towards a midrange Snapdragon 480 chipset. We do not have any solid evidence to which chipset will be powering this device.

There's no information around Sony Xperia Compact 2021's global or Indian launch. However, looking at the pace of leaks and rumours pouring in, we expect the device to be revealed soon.

The Sony Xperia Compact 2021 is believed to be a mid-range device taking the current leaks and media reports into consideration. Looking at the brand's record of pricing smartphones, we expect the device to be expensive. But maybe Sony will work around the pricing cutting down a few corners here and there. In case, it is looking to compete with the likes of OnePlus Nord, S20 FE, Pixel 4a and the iPhone SE 2020. As of now, we're speculating the device to be priced somewhere around 35,999.

It will be interesting to find out what the Japanese giant has on offer with its upcoming compact device. Stay tuned to as we will keep this page updating every time a new leak or report pops up about it.