Sony WH-1000XM4 wireless active noise-cancelingheadphones are all set to arrive in India on September 18. 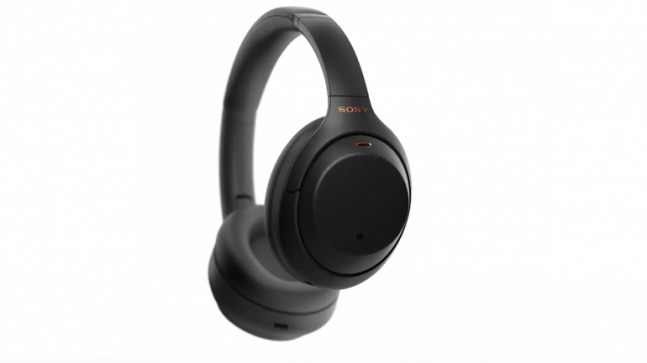 Sony WH-1000XM4 wireless active noise-cancelling headphones are finally coming to India. The company is all set to launch the headphones in India in September. The teaser page on Amazon reveals that Sony will sell its flagship headphones through the e-commerce platform. The Sony WH-1000XM4 headphones made a global debut in August and will be finally arriving in India a month after its release.

Ahead of the release, a listing on Amazon with a notify me button has revealed that the headphones will be launched on September 18. The headphones will be initially sold through Amazon only but it could be available in some offline retail stores as well in India. The WH-1000XM4 is the successor to the WH-1000XM3 that was launched way back in 2018. The device was priced under Rs 30,000 in India.

In terms of design, the WH-1000XM4 looks identical to its predecessor and uses the same QN1 noise-cancelling processor that powered the WH-1000XM3. Sony could launch the device in two colours such as the black and gold and beige and copper.

In terms of connectivity, Sony WH-1000XM4 will come with support for latest Bluetooth codecs including the SBC, AAC, and LDAC. It has features including the ambient sound control, adaptive sound controls, wear detection that will pause the music when you take off the headphones and a new feature called "Speak to Chat" that will pause music when the headphones hear your voice. It also comes with support for voice assistants including Google Assistant, Alexa and others.

Apart from this, the Sony WH-1000XM4 comes with gesture controls that will help in playing and pausing music by simply tapping on the headphones.

The Sony WH-1000XM4 was launched at $350 (roughly Rs 25,600) globally. Although there is no announcement about the India pricing, it is being speculated that the headphones will be priced under Rs 30,000 in India.

The headphones will be available for purchase on Amazon India website and selected online retail stories but there has been no confirmation about it. As of now, users can click on the notify me button on Amazon to get the latest updates about the Sony WH-1000XM4 and the actual price of the device.