In the backdrop of Apple loosening its fist for Spotify by rolling out apps for Siri, the CEO of Spotify has said that he expects Apple to further open up in the future. 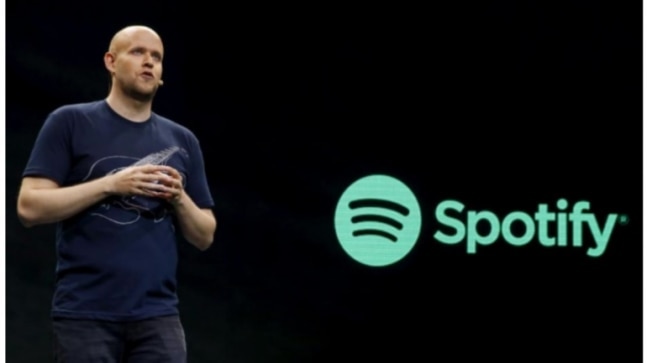 In the recent light of developments between music platform Spotify and tech giant Apple, Spotify CEO Daniel Ek in an interview with Bloomberg TV marked that things with Apple were going in the right direction.

Apple opened up slightly by rolling out apps for Siri that lets the digital assistant control music apps other than Apple's.

Spotify, too, has released apps for Apple Watch and Apple TV.

"We're very encouraged about being able to now finally use Siri as a way of building in voice support and also being available to build products for the Apple TV and Apple Watch, something that we haven't been able to do until very recently," Ek told Bloomberg in a television interview.

"Long term, we do expect Apple to open up," Ek said.

However, in the interview, he also said that Apple has a long way to go before it becomes an open and fair platform. Ek also said he's not interested in selling Spotify to Netflix with ongoing rumors of a merger between the two.

For the unversed, last year in March, Spotify had filed a complaint against Apple with the European Commission (EC). Daniel Ek, CEO of Spotify, wrote on his official blog: "In recent years, Apple has introduced rules to the App Store that purposely limit choice and stifle innovation at the expense of the user experience -- essentially acting as both a player and referee to deliberately disadvantage other app developers."

Spotify also criticized Apple for taking 30 per cent cut of subscriptions and also accused it of limiting app updates and preventing functionality on Apple Watch and Siri.

To Spotify's complaint last year, Apple responded by saying that Spotify wanted to reap the benefits of the App Store without paying for them. Spotify had pointed out in the complaint the inability to run directly on Homepod and became the default music player through Siri, Apple's digital assistant.

For some time, there has been speculation that Apple may open its Homepod speaker to third-party music services like Pandora and Spotify. This may prove to be a boon for Apple, as reports suggest that Homepod is not doing as well as its rivals from Google and Amazon.

A report by Variety stated that for the first quarter of 2020, Spotify forecast total Monthly Active Users of 279 million-289 million and Premium subscribers to be between 126 million-131 million.