Interestingly, the app which has been OldOS brings back the iOS 4 at a time when Apple has rolled out the beta version of the latest iOS 15.

Do you remember how the iOS 4 looked? Don't worry if you do not remember because now there is an iPhone app that will remind you of the iOS 4. An 18-year-old developer has revived the ten-year-old iOS 4 albeit as an app. Interestingly, the app which has been OldOS brings back the iOS 4 at a time when Apple has rolled out the beta version of the latest iOS 15. Zane, who has brought back the iOS 4, says that he loves to tinker with iOS in his spare time.

Sharing a small video of the iOS 4 app on Twitter, Zane wrote, "Introducing OldOS iOS 4 beautifully rebuilt in SwiftUI." He says that the app has been "designed to be as close to pixel-perfect as possible. Zane also said that the app is fully functional and can even be used as a second OS. "Fully open source for all to learn, modify, and build on," he said. 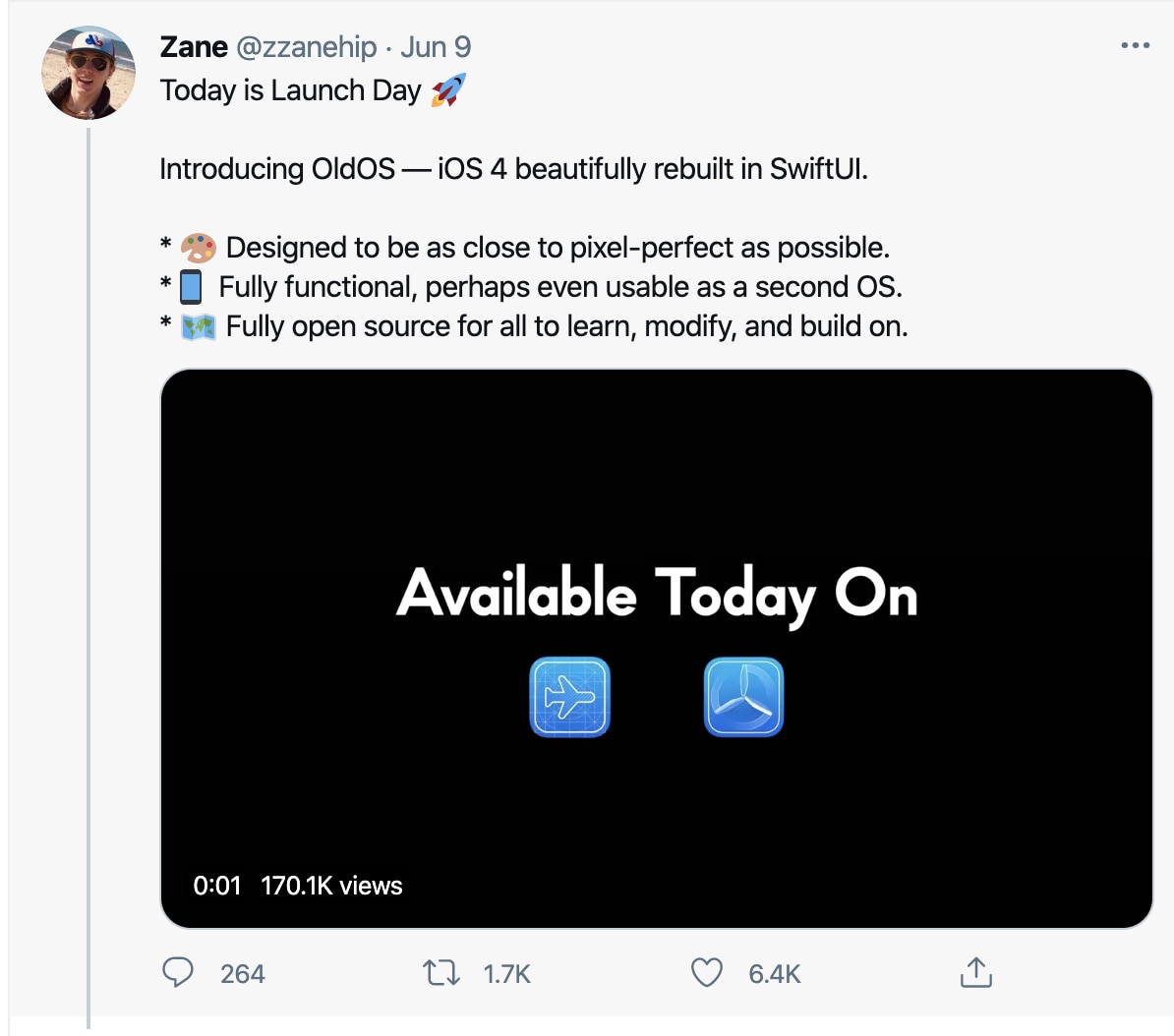 The app brings back the "slide to unlock" bar along with the iconic home button that is no longer seen in iPhones. Needless to say, the app made all the Apple fans on Twitter, nostalgic. In fact, nostalgia is what prompted Zane to create an app like this.

He wrote, "Really, just a love of nostalgia. I have such a special place in my heart for this operating system and wanted to bring it back while showcasing the power of SwiftUI." He had also share the TestFlight link to his OldOS beta app.A Twitter used downloaded the app on his iPhone 12 mini and shared the video.

Reacting to Zane's app, a Twitter user wrote, "You're a WIZARD.
This is amazing, unbelievable. One thing I've noticed: tracks not locally downloaded (iTunes library in the cloud) show but don't actually play. Pitty, I like http://iPod.app better than Music app."

While another user wrote, "This app on its own is incredible and I love it so much. But the fact that it's ALL SwiftUI BLOWS my mind! Such great work and I cant wait to see more!"

To refresh your memory, iOS 4 was announced by Apple in 2010. Interestingly, the iOS 4 is the first iOS version issued under the "iOS" rebranding.