Krafton is gradually dropping hints at what to expect from the upcoming PUBG Mobile's Indian version.

Battlegrounds Mobile India took no time in becoming popular. Its official release is yet to take place and the excitement among PUBG Mobile lovers is high. That is because it is the new name for PUBG Mobile, a battle royale game that needs no introduction. Krafton, the company behind PUBG, has made some concrete arrangements to ring in the debut of the game, that is as and when it happens. Those include teasers about the game and what you can expect out of it. The latest teaser has now confirmed Battlegrounds Mobile India will get the popular Erangel map. But it will be called "Erangle" on the Indian version of PUBG Mobile to avoid comparisons.

Krafton made it pretty clear initially, when it announced the new name for PUBG Mobile specifically for India, that it is trying to stop people from making direct comparisons between Battlegrounds Mobile India and PUBG Mobile. It even asked some gaming content creators not to use PUBG Mobile as a term for the new Indian version. While the company has not said why it has been doing so, the best explanation may be that Krafton does not want undue attention related to the name PUBG Mobile to come to Battlegrounds Mobile India, especially around last year's ban. And that is the reason Erangel is called Erangle.

A new teaser image that Krafton has shared on Facebook confirms the Erangle map. In the teaser, you can see tea glasses kept candidly beside some polaroid photos -- a setting most Instagrammers use quite often. One of these polaroid photos shows a water tank, something PUBG Mobile lovers can immediately recognise. It is the Erangel map from PUBG Mobile. And if there are still questions, the polaroid has "Erangle" written on it. That is your confirmation that Krafton is indeed bringing maps from PUBG Mobile to Battlegrounds Mobile India, although with a little repackaging. 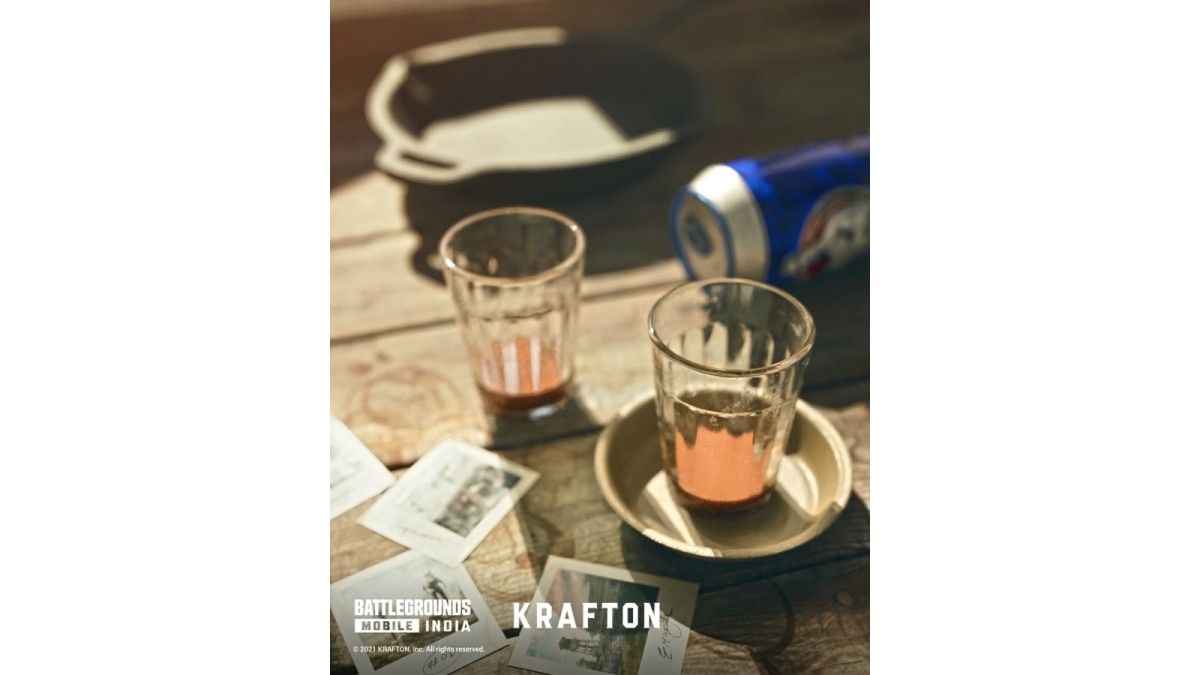 Previously, Krafton teased the Sanhok map through a teaser, but the details back then were not as certain and visible as those for Erangel. And if we were to make a wild guess, the rest of the maps may be coming too. This means Miramar, Vikendi, and Karakin may also be there in the game. It is just they might have a new identity. Krafton is not fooling anyone, but what it is doing is trying to make Battlegrounds Mobile India retain every possible thing from PUBG Mobile without actually doing it explicitly. And even though this trick is supposed to make Battlegrounds Mobile low-profile, people in the government have already noticed it.

An MLA from Arunachal Pradesh has written a letter to Prime Minister Narendra Modi, seeking a prohibition on the launch of the Battlegrounds Mobile India. MLA Ninong Ering wrote on Twitter, "Requested @PMOIndia @narendramodi ji to not allow Chinese deception #BattlegroundsMobileIndia. It is a big threat to security of India & privacy of our citizens and a way to circumvent and disregard our laws." However, in his letter, Ering has explained why Battlegrounds Mobile India should not be allowed. According to him, as per the letter, Battlegrounds Mobile India "is a mere illusion and a trick to relaunch the same game with minor modifications and collect user data of millions of our citizens, including our children, and transfer it to foreign companies and the Chinese government." There is also the reference to Krafton's latest investment in the Indian company Nodwin Gaming.

For now, Krafton is moving forward cautiously. However, if this letter gets any attention, there may be roadblocks ahead.