Brothers who are not identical twins fooliPhone 12 mini's Face ID

Apple's Face unlocking system is unmatched and it is in fact superior to the face unlocking tech that is used in other smartphones.

Apple's Face unlocking system is unmatched and it is in fact superior to the face unlocking tech that is used in other smartphones. But can a security-leaden Face unlocking feature by Apple be fooled? It is hard to believe but yes it can be. A Facebook user posted a video of a major flaw he discovered on his iPhone 12 mini's Face ID. Apple first introduced the Face ID with its iPhone X in 2017. This was also the year Apple got rid of the Touch ID.

A Facebook user named Vinamre Sood posted a video featuring himself and his brother. In the video, Sood unlocked his iPhone using FACE ID and passed it on to his brother, Upanshu. He then tries to unlock the phone using the same process and successfully manages to do so. The iPhone failed to detect that it was not Vinamre but Upanshu logging in from his phone. Captioning his video, Vinamre wrote, "Folks, Check this out. Uncovered major FLAW in Apple FaceID recognition software. This is the case with a reputed company in mobile industry selling over expensive phones in the name of "security" / "end to end control", etc in their Marketing campaigns..where the end product is less secure than a cheap 6000 Rs android phone. Shame on you apple (sic)." The post was first spotted by News18. 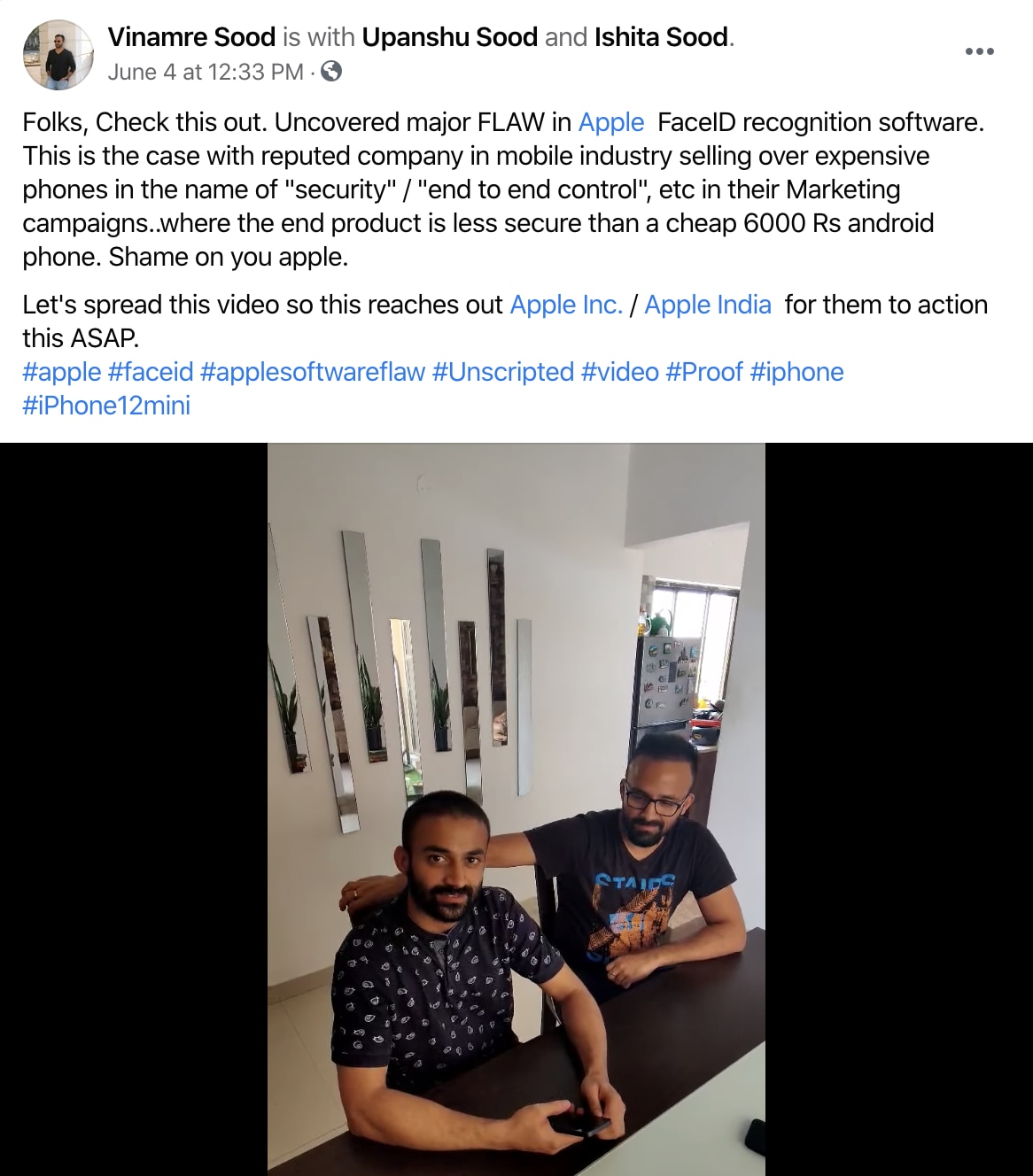 Notably, Vinamre and Upanshu are not identical twins. They happen to be born four years apart from each other. Although Apple does allow multi-user Face ID, the video says that no alternative face appearance was set up on the iPhone 12 mini. 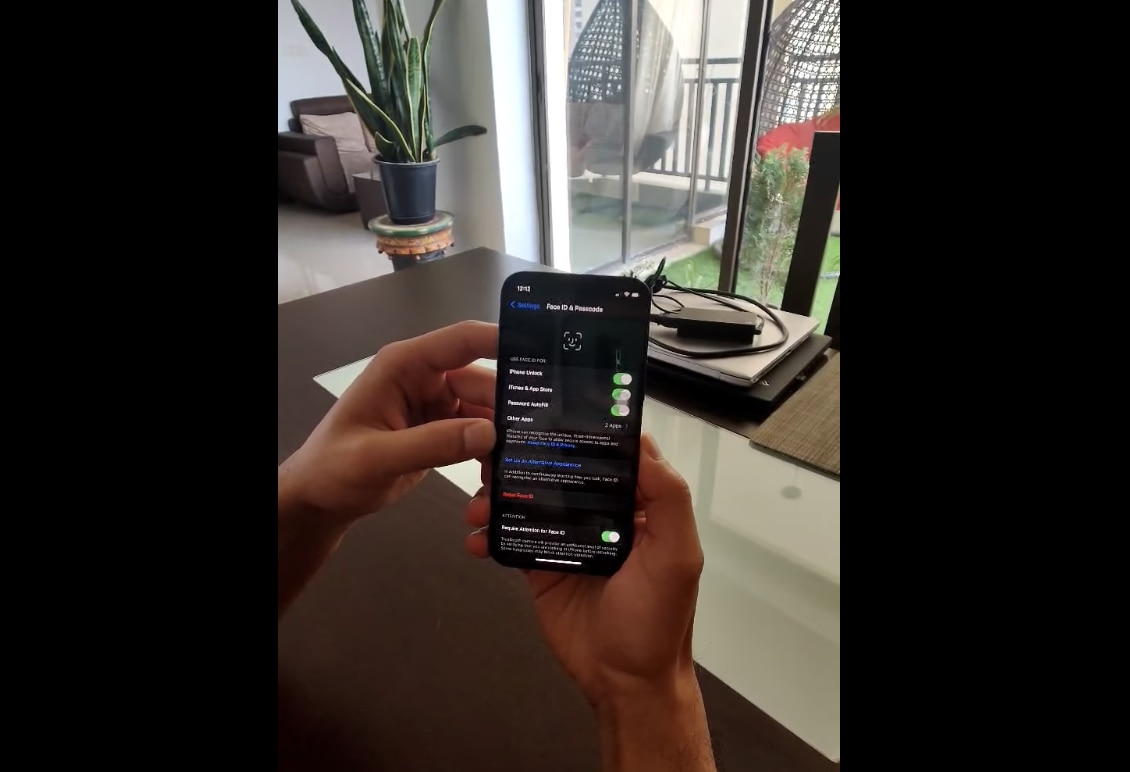 Now you must know that in order to set up a Face ID, you have to get your face scanned twice. Apple says that its TrueDepth camera provides an additional level of security by verifying that you are looking at iPhone before unlocking. However, despite such layered security and advanced technology, Apple failed to detect the correct user. But this isn't happening for the first time. Several users have in the past reported issues with the Apple Face ID and most users who had faced the issue were identical twins.

Back in 2017, CNN tested the feature with two identical twins and Apple failed miserably. The Face ID was set up on the iPhone X by one and the iPhone was given to another for unlocking. However, Apple had addressed this concern long ago.

"The probability that a random person in the population could look at your iPhone X and unlock it using Face ID is approximately 1 in 1,000,000 (versus 1 in 50,000 for Touch ID). As additional protection, Face ID allows only five unsuccessful match attempts before a passcode is required. The statistical probability is different for twins and siblings that look like you and among children under the age of 13, because their distinct facial features may not have fully developed. If you're concerned about this, we recommend using a passcode to authenticate," Apple had said in a statement.