iPad mini launch soon: Specs, features, A15 Bionic, more upgrades, India price, and all that we know so far

The iPad mini upgrade is due for a very long time. However, it seems like the tablet will arrive later this year. A fresh report has now revealed a few more details about the iPad mini 6. So as to keep you updated, we decided to detail everything known about this tablet so far.

The long-awaited iPad Mini 6 could arrive later this year. The upcoming Apple tablet will feature an upgraded design. Also, the home button could be removed to incorporate a side-mounted touch-ID based power button. Now an exclusive report has popped to suggest that the new iPad mini is codenamed J310. In addition to that, the tablet will feature Apple's upcoming A15 Bionic chipset, USB-C connectivity and a smart magnetic connector.

The iPad mini 6 has been spotted in a few listings hinting towards an imminent launch. Also, Renders of the device have been shared by a couple of leakers. A popular analyst recently suggested the upcoming Apple tablet will arrive, probably in September or early October. We decided to detail everything known about the iPad mini 6 so far with the launch on cards.

--Apple has been upgrading its lineup of devices, and the iPad mini 6 is one of the devices that may soon get an upgrade. Previous leaks revealed the design of the upcoming tablet and a few more details.

--9to5Mac, in a new report, revealed that the tablet is codenamed J310. Also, it said that Apple is planning to bring the A15 Bionic chipset, USB-C connectivity and a smart magnetic connector. So, it's possible that the brand will keep the upcoming M1X or M2 chipset limited to its top-end tablet offerings. The Bionic A15 is tipped to use the same 5nm fabrication process that was used on A14. Besides this, Apple is also working on a more powerful A15X chipset that could be used on other iPads later. 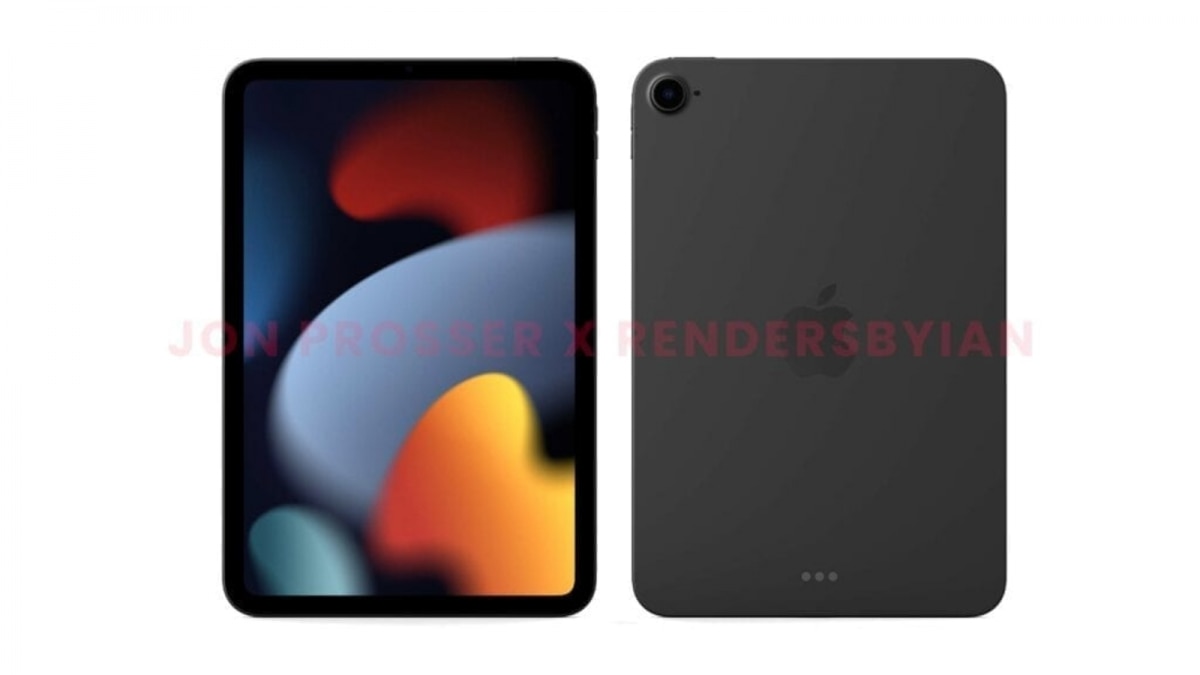 --The iPad Pro and the latest iPad Air come with type-C ports, and now Apple is expected to bring this feature to the upcoming iPad Mini 6. This will allow more peripherals and accessories to be attached to the tablet. Furthermore, the tablet will get a smart magnetic connector similar to the iPad Air and iPad Pro.

--Another recent report from Bloomberg's Mark Gurman hints towards the arrival of the revamped iPad mini later this year. He says that the tablet will be launched alongside the larger display iMac. The upcoming iPad mini 2021 is hinted to get a major overhaul this year, and Gurman claims that the alterations will be similar to what we've seen on the iPad Air.

--We have already seen plenty of iPad mini 6 renders, but the renders showcased by Jon Prosser seem to be the closest to the original product. According to him, Apple will go for the same boxy design we have seen on the recent products.

--The tablet can be seen with thinner bezels and no home button. With the expected removal of the home button, Touch ID is expected to move to the power button. Further, it features a USB-type C port, meaning the dated lightning port is also being replaced. Not to miss, the new iPad mini is also tipped to get improved speakers.

--It is supposed to measure 206.3x137.8x6.1mm and be available in three colour options - Silver, Black, and Gold. Furthermore, it may ship with a mini-LED display. iPad dummies also appeared earlier this year, however, the iPad mini model in the picture does not align with the latest renders available.

--The current-gen iPad mini features a 7.9 retina display with a resolution of 2048x1536 resolution. It is powered by an A12 Bionic chipset that also powers devices like iPhone XS, iPhone XS Max, and iPhone XR. The tablet gets an 8-megapixel rear shooter, whereas a 7-megapixel sensor for selfies on the front.

We have seen a plethora of launch timelines for the iPad mini, but none have come out to be true. The current-gen iPad mini 5 was launched in March 2019. So, it was believed that the tablet would arrive at the Spring Loaded event. But that didn't happen, and we are still looking for the expected launch timeline. Mark Gurman recently suggested the launch to take place later this year, probably September or early October. Some other reports also hint towards the same timeline, so it's possible that the report is true.

The iPad mini 5 is one of the cheapest Apple tablets available currently at Rs 34,900. We had heard that Apple might increase the pricing of the upcoming tablet. With that in mind, we expect the iPad mini 6 to ship at a starting price of Rs 39,900 in the country.