Specials
BT Specials
Magazine Archives
News
TECHNOLOGY
iPhone 12 vs iPhone 13: What are the differences, and which is a better buy

iPhone 12 vs iPhone 13: What are the differences, and which is a better buy

At its "California streaming" event, Apple unveiled the all-new iPhone 13 with a similar-looking design and some much-needed under the hood upgrades. But, same as every year, the big question now is whether you should buy last year's iPhone 12, which has now received a price cut in India. Or, go for the latest iPhone 13, which brings some improvements that many tech experts pointed out for the iPhone 12 last year.

Apple, during the keynote, compared the iPhone 13's battery life with that of the iPhone 12 and no guesses for which was better. Then, there's the all-new slimmer display notch. The iPhone 13 packs a smaller notch, which is the first change we have seen to the notch since the launch of the iPhone X in 2017.

But if you look closely at the prices, it makes sense to pay slightly extra and go for the iPhone 13 128GB model, which packs upgrades. The iPhone 13 goes on sale in India from September 24, while interested consumers can pre-book starting this Friday. 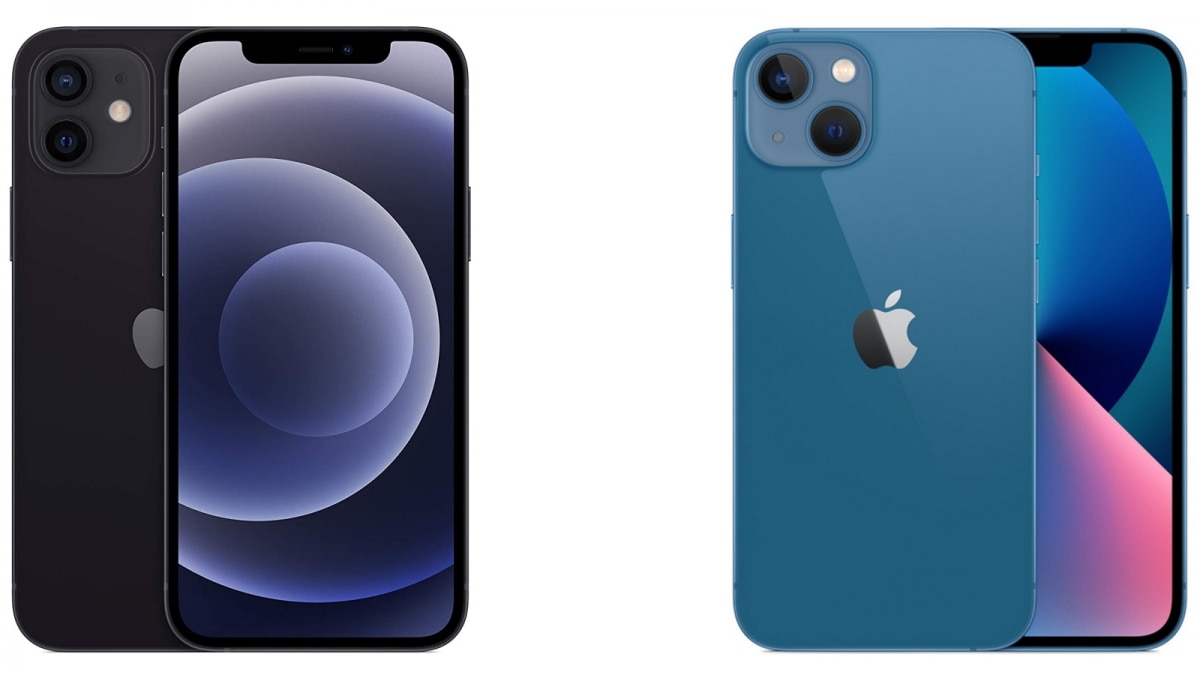 The iPhone 13 sports a flat-edged design, the same as the iPhone 12. But, that's true only till the time you don't observe the differences more closely. Starting with the display notch, Apple says that the new iPhone packs a smaller notch that's almost 20 per cent smaller than what we saw on the iPhone 12. Then, the dual cameras on the iPhone 13 can be seen in diagonal placement at the back instead of the straight as seen on the iPhone 12.

Apart from these two design changes and new colour options, there's not much difference between the iPhone 13 and the iPhone 12. Even the screen size, for that matter, is identical. And, unfortunately, the iPhone 13 Pro models get the new 120Hz screen, but the iPhone 13 models are still stuck at a 60Hz refresh rate. Both the iPhone 13 and iPhone 12 models come with the same 6.1-inch display.

Overall, the iPhone 13 feels like a better buy than the iPhone 12, especially considering the battery improvements. Apart from the battery, the minor design changes won't make much difference, and the same goes for the performance.