Amazon is offering discounts of up to Rs 9000 on various models of the iPhone 12. The upfront discount can also be coupled with exchange offers and no-cost EMI options to sweeten the deal further.

With the launch of the next iPhone series drawing near, Apple is expected to cut the prices of the iPhone 12 series to make it more attractive to buyers. Deals on the smartphones offering such discounted prices are already online, with Amazon now offering the iPhone 12 for an attractive discount of Rs 9000.

In addition to the discounted price, buyers can also avail of a Rs 400 cashback on the Amazon Pay ICICI Bank credit card. Those looking to exchange their old phones for a new iPhone 12 can also avail of exchange offers of up to Rs 11,500. Amazon is also offering no-cost EMI options to sweeten the deal further.

One storage variant other than the 64 GB iPhone 12 is also on sale. On the 128GB model of the iPhone 12, buyers will be able to save up to Rs 5000, depending upon the colour they choose. iPhone 12 256GB does not sport such a discount. 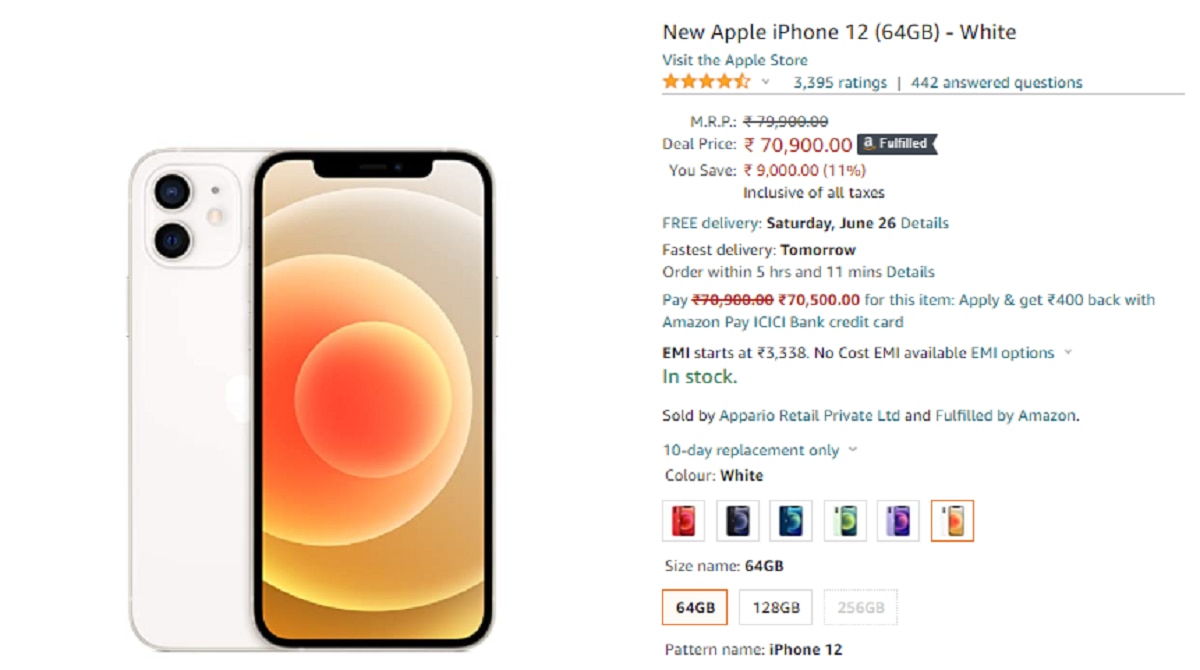 Similar discounts are also available on other models of the iPhone 12 series, including the iPhone 12 mini. The mini variant is retailing for Rs 63,900, down from its original Rs 69,900, saving buyers a total of Rs 6,000.

Though the discount prices are a limited time deal on Amazon, such price cuts on the iPhone 12 series are expected to be permanent in the coming months. That is because the Cupertino tech major is set to introduce its next line of iPhone.