We have heard many heroic tales of the iPhones working even after being underwater for almost six months but in this story, the credit truly goes to the Magsafe charging ring

The Magsafe technology was introduced with the iPhone 12 series. The MagSafe is not only a great charging tool but also has hidden benefits that no one knew of. An iPhone user from Berlin had dropped his iPhone 12 Pro in a canal in Berlin. He continued his search for hours with absolutely no hope to find his iPhone 12 Pro until he decided to use a fishing rod. We have heard many heroic tales of the iPhones working even after being underwater for almost six months but in this story, the credit truly goes to the Magsafe charging ring placed at the rear panel of the iPhone 12 Pro, we will tell you how.

However, the man decided to build a magnetic fishing rod to find the iPhone. The magnetic rod got stuck to the rear panel of the iPhone 12 Pro and he was able to fish out his expensive device. The phone was still working when the man fished it out of the water after hours.

"Would've never thought that we could recover it from the canal. turns out, the new iPhones have built-in canal-recovery technology. Hard to believe this happened at 3 am this morning. The phone still works and the battery was almost full after hours in the canal," Riedel tweeted. 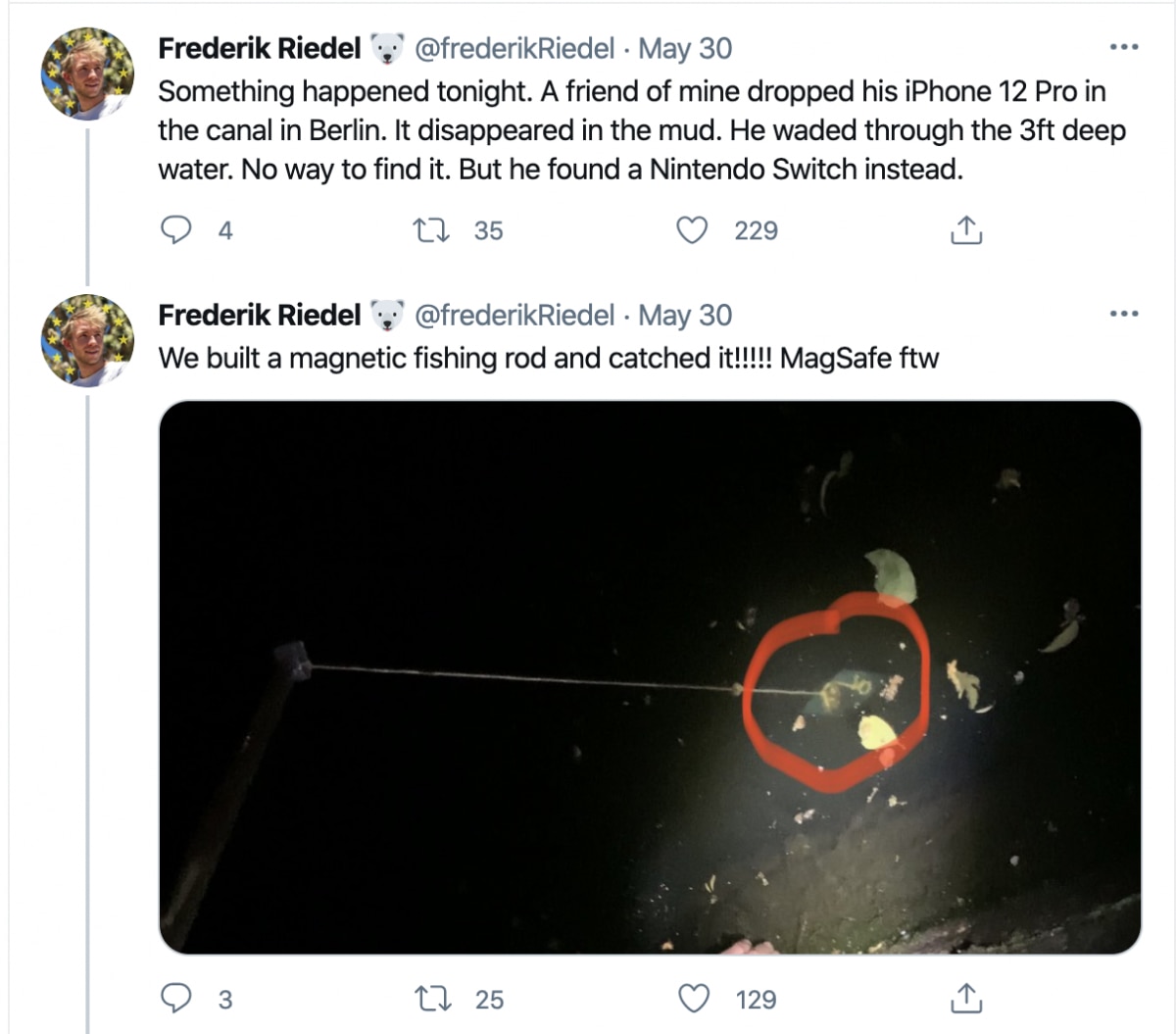 Earlier, a story of a couple who had found an iPhone 11 during one of their diving escapades. The iPhone 11 was lost six months ago but when they found it, it was still working.

"I took it home, cleaned the dirt off of it, and it just turned right on, so it was pretty amazing," Clayton was quoted as saying by CBC. He revealed that the phone had some speaker issues and the microphone seemed a bit damaged but apart from that there were no visible damages to the phone. He ejected the sim and inserted it into another to contact the owner of the iPhone 11. The phone belonged to Vancouver resident Fatemeh Ghodsi, who had dropped the phone accidentally while boating. "I was in a situation where I kind of lost balance and dropped it in the water," said Ghodsi.