The Motorola One Fusion+ has been launched at a price of Rs 16,999 with 6GB RAM and Snapdragon 730G chipset.

After a short span of teasers, Motorola India has finally launched the One Fusion+. This is Motorola's first launch in its One series of Android One devices and carries over the mantle from the Motorola One Vision from last year. The One Fusion+ brings class-leading specifications at a price substantially lower than the Poco X2, which has been the segment-leader.

At Rs 16,999, the Motorola One Fusion+ undercuts the Poco X2 and brings some India-specific performance upgrades. These upgrades include the more capable Snapdragon 730G chip instead of the Snapdragon 730 for the global model. Motorola is also bringing a single variant with 6GB RAM and 128GB storage. The phone is available in Moonlight White and Twilight Blue, and it will go on sale from June 24 on Flipkart.

The One Fusion+ is an Android One device, which makes it only smartphone in its segment with a stock Android interface this year. The phone has launched with Android 10 and gets Motorola's usual Moto Action additions. There's even a dedicated Google Assistant button on the device.

The Fusion+ is one of the very few phones in 2020 to feature a pop-up camera arrangement. The pop-up mechanism holds a 16-megapixel camera and that frees the display from any kind of notch or cutout. Hence, you get an uninterrupted 6.5-inch display with narrow bezels. The Fusion+ relies on a Full HD+ IPS LCD panel but it comes with DCI-P3 colours. Motorola also says that the device qualifies as a YouTube Signature device, which means it offers the optimum viewing experience on YouTube. There's support for HDR content too. 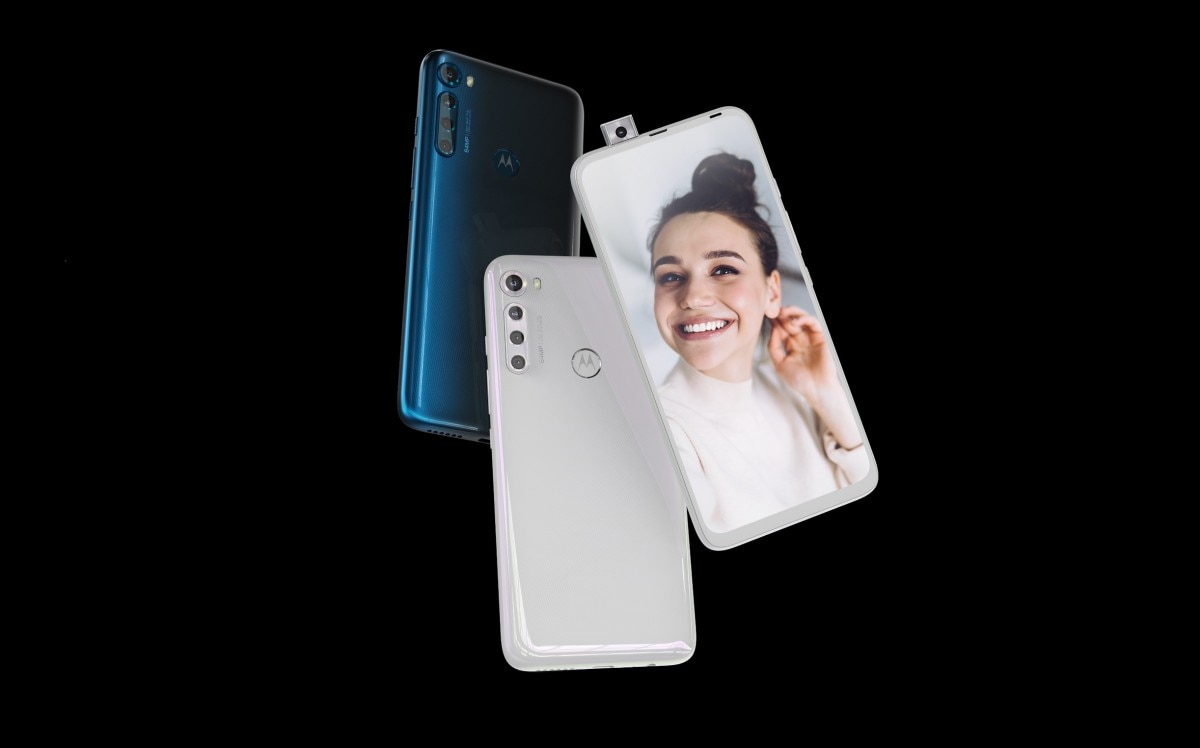 Motorola has also worked on the speakers. The single loudspeaker gets Hi-Fi tuning and promises better bass performance.

Running the phone is a Snapdragon 730G chipset and the Indian variant only gets 6GB RAM as well as 128GB storage. Users can expand the storage to 1TB via a micro SD card. There's a 5000mAh battery powering the Fusion+ and it also gets the TurboPower fast charging rated at 18W. There's a USB-C port as well as a 3.5mm headphone jack.

As for the main cameras, there's a quad-camera setup at the back. The main camera uses a 64-megapixel sensor that is accompanied by an 8-megapixel ultra-wide camera, a 5-megapixel macro camera and a 2-megapixel depth camera. The camera features usual Motorola tricks and even a dedicated Night mode.

The One Fusion+ will go on sale from June 24 and based on its features, it competes head-on with the Poco X2, which now starts at Rs 17,499. The Motorola phone has a price advantage as it offers higher RAM and similar performance for much lower.