Oppo has showed off its latest concept devices that it might bring to markets, including the X 2021 and AR Glass 2021.

Oppo has unveiled its new concept phone that features a rollable screen that makes the regular smartphone turn into a tablet-sized device when the full screen is visible. This concept device is called X 2021 that Oppo says is the result of months of research and development that it has carried on flexible displays. At the INNO Day tech conference, the Chinese company demoed how the mechanism works on what could be our first look at such a device. Oppo has also showed off its AR Glass 2021 at the event.

The Oppo X 2021 belongs to the premium category of devices that Oppo has traditionally been showing off at the INNO Day. Last year, it was the under-camera technology that would arrive on an Oppo phone although that has not happened since the reveal. Similarly, the Oppo X 2021 is just a concept phone right now that might take more than a year to be commercially available. Although, Oppo has hinted that this phone might launch next year since the name suggests the year 2021.

According to Oppo, the X 2021 uses the regular OLED display of 6.7-inches when used in the smartphone's form factor but when the display is extended -- pulled from one side -- it becomes a tablet with a total display real estate of 7.4-inches. This tablet is square in shape and will be useful for certain purposes, including media consumption. Oppo has said that it has developed a new powertrain, structural plate, and the screen laminate for this new phone, which will facilitate the operation that the company has explained. These components will ensure this device stays durable.

Oppo has not specified how durable this device is going to be, though. For example, it has not said how many times the display can be extended. The quality of the display is not something that Oppo has talked about to indicate the level of durability you can expect from this device. From what we have seen on Galaxy Fold, the first model turned out to be a disaster as long as durability was concerned. That could have been the benchmark for Oppo to make its concept phone as durable as possible for real-world usage.

When the screen is extended, a part of the phone breaks away from the mainframe. This part is separated in a visually appealing way, including a slant cut between the two parts. The thin part has the quad-camera setup, the details of which are not clear at the moment. Since the bottom edge is going to be bifurcated into two, the USB-C port for charging is not at the centre: it is on the extreme right below the thin part. Buttons on this phone are placed the way they are on regular smartphones, so maybe there was not a problem with their placement.

Before Oppo, TCL showed off its prototype of the rollable display phone but that prototype was not functional. It had a screen made of paper that could not give the kind of results that the proper fully-functional concept phone Oppo X 2021 is showing. And while there is no certainty about the TCL's phone, Oppo could launch this concept phone as a commercial device, thanks to the expertise the company has on the smartphone market. To remind you, Oppo has unveiled some of the groundbreaking technologies there are in the smartphone market.

LG is also making a rollable display phone that might be called LG Roll. The company has not detailed what this phone will look like but there are several patents that give us a glimpse at what you can expect from this device. 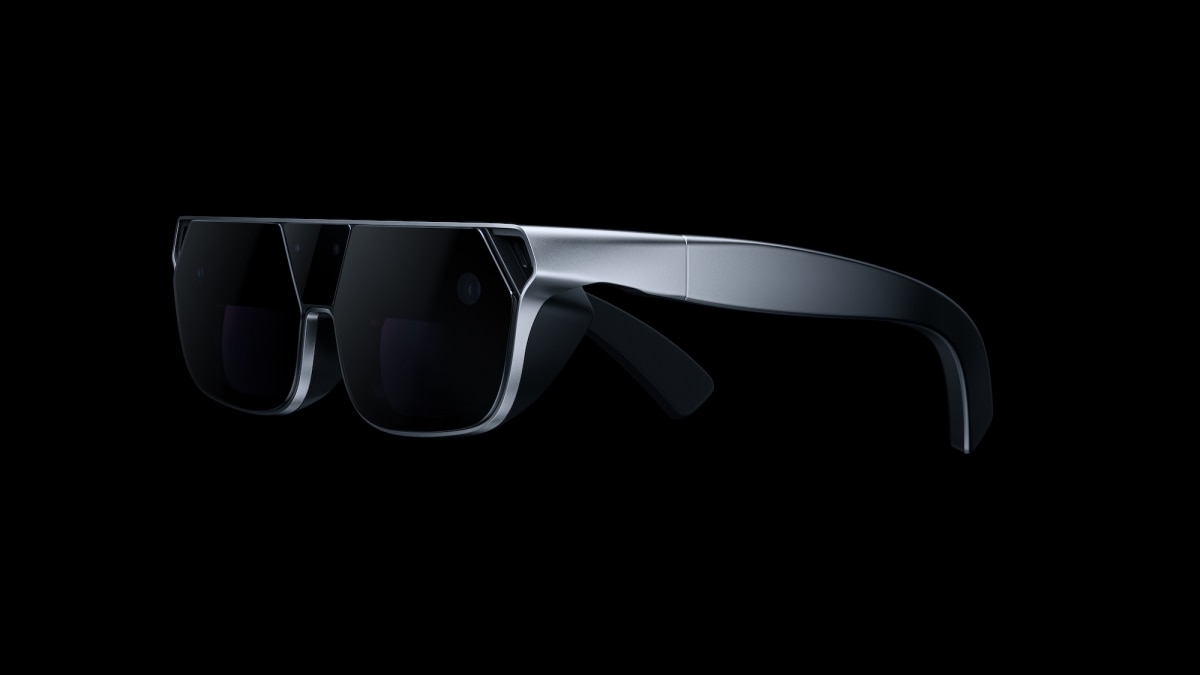 Oppo has also announced the launch of its first AR Glasses at the INNO Day event. The new smart glasses from Oppo bring the power of Augmented Reality to allow for various functionalities. The first time we saw these glasses was last year but that was also a concept device.

Oppo says its new AR Glasses are 75 per cent lighter than last year's model. The AR Glasses use a birdbath-type 0.71-inch OLED panel for the optics. The glasses also have stereo fisheye cameras meant for gesture recognition, measuring distance using the ToF sensor, and a conventional RGB camera. Oppo AR Glasses can be tethered to the Find X2 smartphones using the USB-C port to utilise the phone's CPU resources.

We are not sure when these two devices will launch, or if they ever will. But going by Oppo's track record, these two seem extremely possible to come to markets. Oppo had previously showed off its smartwatch and 30W wireless charging at earlier versions of INNO Day conferences and these two technologies did come out in the market.