Pegasus spyware: Should you pick old Nokia for privacy, it is a joke so don't take it seriously

In the wake of Pegasus spyware, the old Nokia feature phone is doing rounds on social media. This is the safest phone, say some users. While some know it's a joke, many are wrongly taking it seriously.

Is an old Nokia feature phone safer than an iPhone? This is a question many people are asking on social media in the wake of revelations that Pegasus spyware can be easily inserted into smartphones, and once in, can be used to scoop all the sensitive data, including passwords, call details, chats, location data and other key user information. The question is meant to be a joke, but some people are seriously thinking of switching back to an old feature phone for better privacy.

That's not a great idea. Although, there is another aspect to it which indeed gives the old Nokia feature phones an edge over the latest iPhone 12 or a shiny OnePlus 9 Pro.

As far as the safety of an old feature phone is concerned, there is none. A feature phone is an easily hackable device. Its software, the way it is right now, is primitive. And so is its hardware. The primary functionality in a feature phone is communication through a cellular network: this means phone calls and messages through SMS.

Cellular calls and SMS, but their design, are extremely insecure technologies. Not just large governments, but even small law-enforcement agencies across the world can get into calls and SMS with little effort. 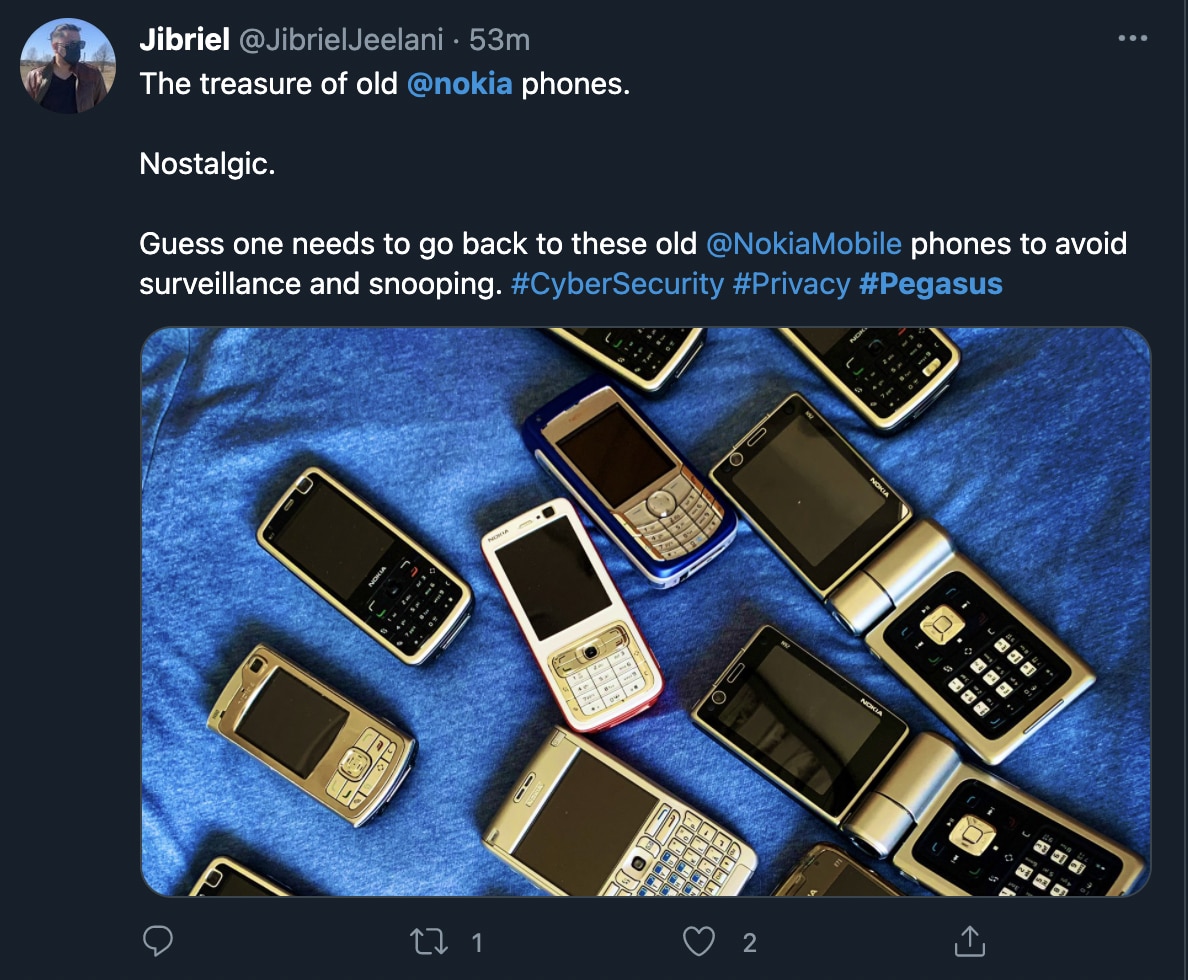 Phone tapping is a routine affair across the world.

So if you come across a message on social media saying how the old Nokia is a better choice against iPhone in Pegasus world, you can reshare the message for nostalgia. But don't, even for a second, believe that the old Nokia is a safer phone.

Smartphones, particularly the iPhone, have many protective features that make it more difficult for hackers and snoopers. There is a reason why over 45 countries, including India, have reportedly spent millions of dollars to carry out surveillance of some iPhone users.

Feature phones do have an advantage

But there is another aspect to it: feature phones are better from the privacy point of view.

A smartphone, as powerful and capable as it is, has been built to collect data. Tech companies use this data for various purposes, including to build profiles of users and sell them ads.

In contrast, a feature phone is simply a communication device. You talk, or you send messages. There is nothing more to it, except occasionally the game of snake.

So, even if it is easier to put a feature phone under surveillance, through this surveillance only details related to calls and messages can be snooped.

That is not the case with a smartphone. Smartphones mirror our entire life. So, as soon a smartphone has been compromised with a spyware like Pegasus, much more than call and message details is at stake. Through a smartphone, a user can leak: Call details, message details, WhatsApp chats, social media details, photos, schedule of meetings, actual pinpointed location data, web browsing details, information that is part of tens of applications that we use, emails, as well as everything that cameras in a phone can potentially see and microphones can potentially hear.

This is where a feature phone is superior. It doesn't give away your thoughts. It only gives away what you speak or hear on a call or what you write or read in messages.

So, in a way, if you are extremely paranoid about your privacy and data security, a feature phone, if used wisely, might be a better idea than a compromised smartphone. But as far as the safety of a device is concerned, a smartphone is tougher to hack into compared to a feature phone.