The listing on Geekbench follows Qualcomm's annual timeline of introducing its plus moniker chipsets. The Snapdragon 888+ will be the successor of the Snapdragon 888 chip.

Qualcomm might soon be following its usual practice of introducing a plus moniker chipset for its most powerful offering. The speculations arise from a recent spotting of what can only be assumed to be the Snapdragon 888+ online.

The step-up variant of Snapdragon 888 has reportedly been spotted on Geekbench recently. The listing indicates that just like the regular Snapdragon 888, the Snapdragon 888+ comes with an overclocked X1 performance core. This one, however, is clocked at 3.0GHz, unlike the 2.84GHz recorded on the original Snapdragon 888.

Other than the primary performance core, the Snapdragon 888+ will make use of four low-power A55 cores running at 1.8GHz as well as three additional Cortex-A78 clusters running at 2.42Ghz.

These performance boosters have helped Snapdragon 888+ achieve a single-core score of 1171, while its multi-core score was clocked at 3704. The leak was first shared by tipster Abhishek Yadav and showed a processor with entirely new scores under the name Qualcomm Lahaina. 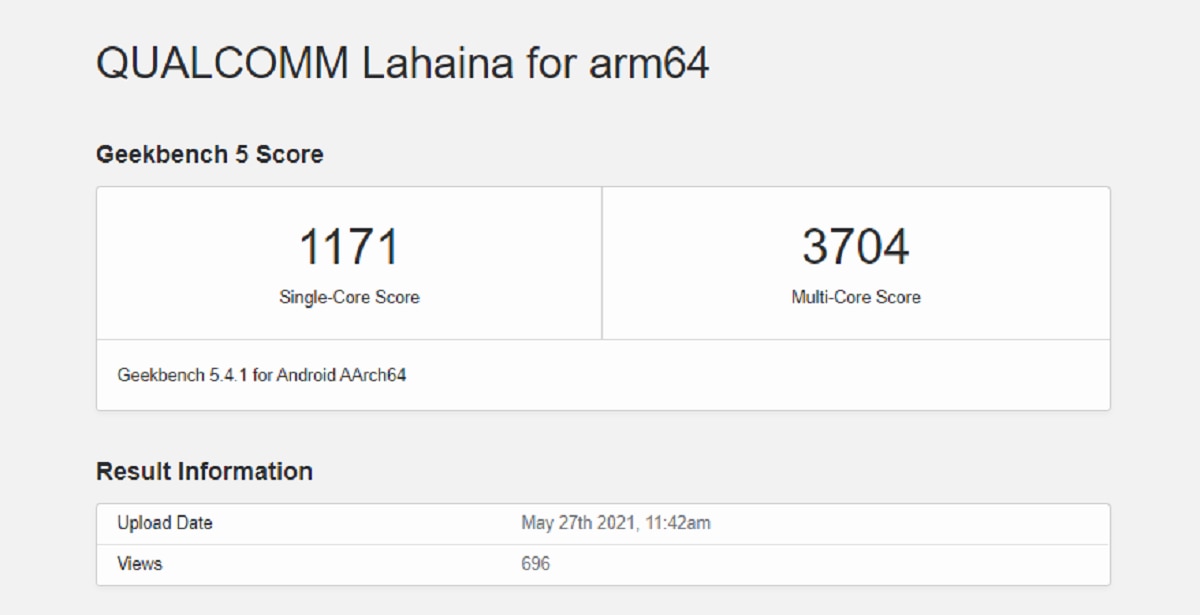 The codename Lahaina was earlier speculated to be used for the Snapdragon 875, but the new specifications are much in line with what is observed for the Snapdragon 888 devices. Each year, the trend is seen as every Qualcomm chipset with a plus moniker follows its vanilla version quite closely in terms of scores.

Other than the Geekbench scores, the timeline of the new listing also matches Qualcomm's annual release of plus moniker chipsets. With a launch of the regular variant in December, the chipset maker follows up with the launch of the plus variant sometime in July.

Considering these signs, Snapdragon 888+ seems to be very much on its way in the coming months, with the processing prowess that has been hinted at here.