Realme C12 and Realme C15 are the latest additions to the C-series in India and they bring the powerful 6000mAh battery in the budget range.

Realme has officially launched the C12 and C15 budget smartphones in India as it sets out to rejig its entry-level C-series. The previous models under the C-series were more about giving almost the budget-segment specifications under Rs 10,000 but ever since the GST was hiked, it became difficult for Realme (and other brands) to continue doling out such well-specced smartphones for the price they were being sold at. With the new C-series, Realme is focusing on first-time or light smartphone users who would settle for a smartphone with reasonably good hardware and design well under Rs 10,000.

The C12 and C15 are the second and third (not particularly in that order) smartphones arriving into the C-series. Previously, Realme launched the C11 with the entry-level MediaTek Helio G35 processor and a dual-camera setup at the back. The processor remains marquee for the fresh C-series smartphones, which means the performance on C11, C12, and C15 is going to be nearly similar. I am still to test the C12 and C15 but I did review the C11, only to find the performance was underwhelming, to say the least. I am not sure if the performance on the two new smartphones will be any different than what I observed with the C11.

Realme has also launched the Buds Classic wired earphones, as a follow-up to the Buds 2 earphones, for Rs 399. They will go on sale starting at 12 pm on August 24 in white and black colours. 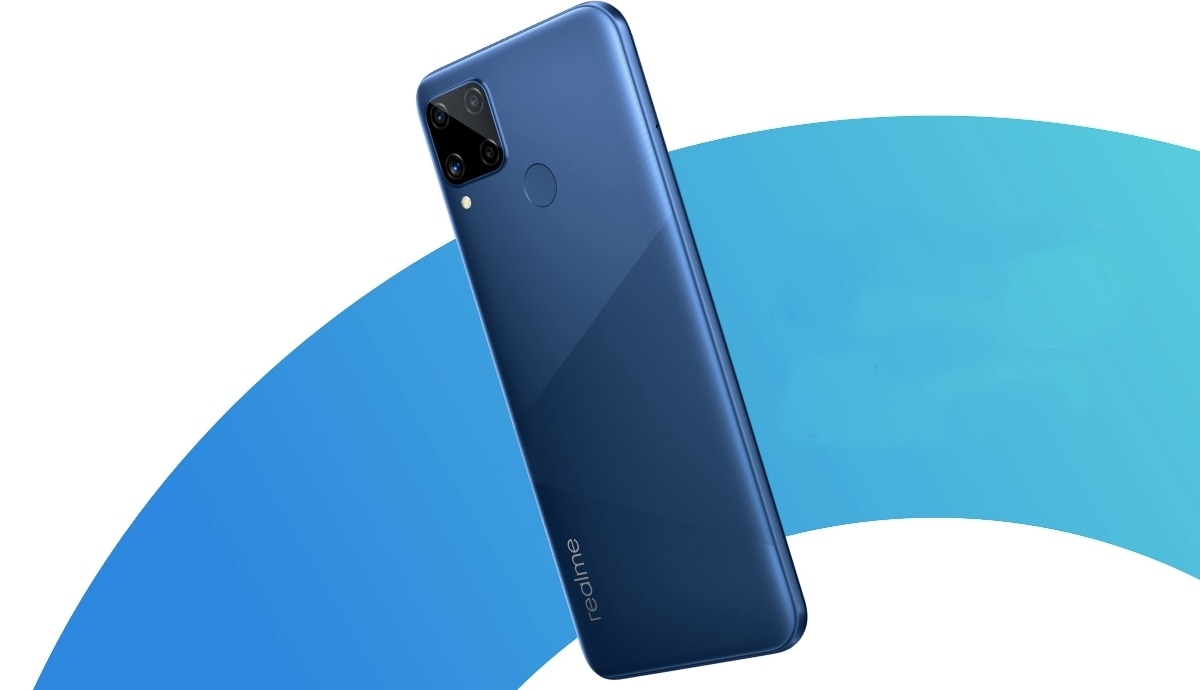 There are a Power Blue and a Power Silver options for colourways on both the Realme C12 and Realme C15. That is the second similarity between the two smartphones after the processor that they share. What else is the same? The battery. Both the Realme C12 and Realme C15 have a 6000mAh battery fitted inside. Realme says there is a new Super Power Saving mode that will let only six apps and block others to consume any battery power. These six apps can be chosen by you before you enter the Super Power Saving mode.

But the charging speed on their batteries is different. The Realme C15 supports 18W fast charging but the C12 does not. It settles for the 10W charging. The 18W charger is bundled within the box. Both of them have reverse charging, which means you can plug in any device to either C12 or C15 for charging. In fact, there is an array of specifications that are similar between the Realme C12 and Realme C15, albeit with some minor differences here and there.

Both Realme C12 and C15 have a 6.5-inch HD+ (720x1600 pixels) LCD display with a screen-to-body ratio of 88.7 per cent. Both of them are 9.8mm thick and weigh 209 grams, which is quite a lot and you can blame the huge 6000mAh battery for that. They both run Android 10-based Realme UI, as well. The Realme C12 has just one storage variant with 3GB RAM and 32GB storage, but Realme C15 has a 4GB/64GB variant, besides the 3GB/32GB variant. The storage is expandable up to 256GB via microSD card on both smartphones. Unlike the Realme C11, the C12 and C15 have physical fingerprint sensors at the back.

I will soon be coming up with my first impressions and reviews of the Realme C12 and Realme C15 to tell you more about them, so stay tuned.