Redmi Watch review in five points: Is it worth buying at Rs 3,999?

Redmi Watch comes with features like 24/7 heart rate tracking, sleep tracking, in-built GPS and a 230mAh battery. I have been using the Redmi watch for a few weeks now and here is everything you need to know in five points.

The world is becoming fitness conscious and so is India. There is an increasing demand for affordable fitness trackers and whenever you talk pocket-friendly, you will end up talking Xiaomi. The Chinese smartphone maker launched its first ever affordable smartwatch under the Redmi sub-brand in India last month. The Redmi Watch is priced at Rs 3,999 and competes with the Amazfit Bip U and the Realme Watch.

It's surprising that Xiaomi took so long to launch first Redmi watch in the country, but now that it's here, it deserves your attention. Xiaomi's smartwatch comes with features like 24/7 heart rate tracking, sleep tracking, in-built GPS and a 230mAh battery. I have been using the Redmi watch for a few weeks now and here is everything you need to know in five points.

Point 1 The Redmi Watch looks and feels like any another affordable smartwatch. It has the same rectangular display that was introduced by Apple and has been used by many others since then. So, don't expect any surprises or for the watch to stand out from the lot. However, you can be assured of the quality of the watch as well as the straps.

Point 2 The Redmi Watch is a feature-loaded option for the price. Xiaomi has tried to equip it with most things you would otherwise find in this category. The watch comes with a PPG Heart Rate Sensor, three-axis Acceleration Sensor, Geomagnetic Sensor, Barometer, Gyroscope and an Ambient Light Sensor. There are other basic features on the watch like step counter and sleep tracking as well. 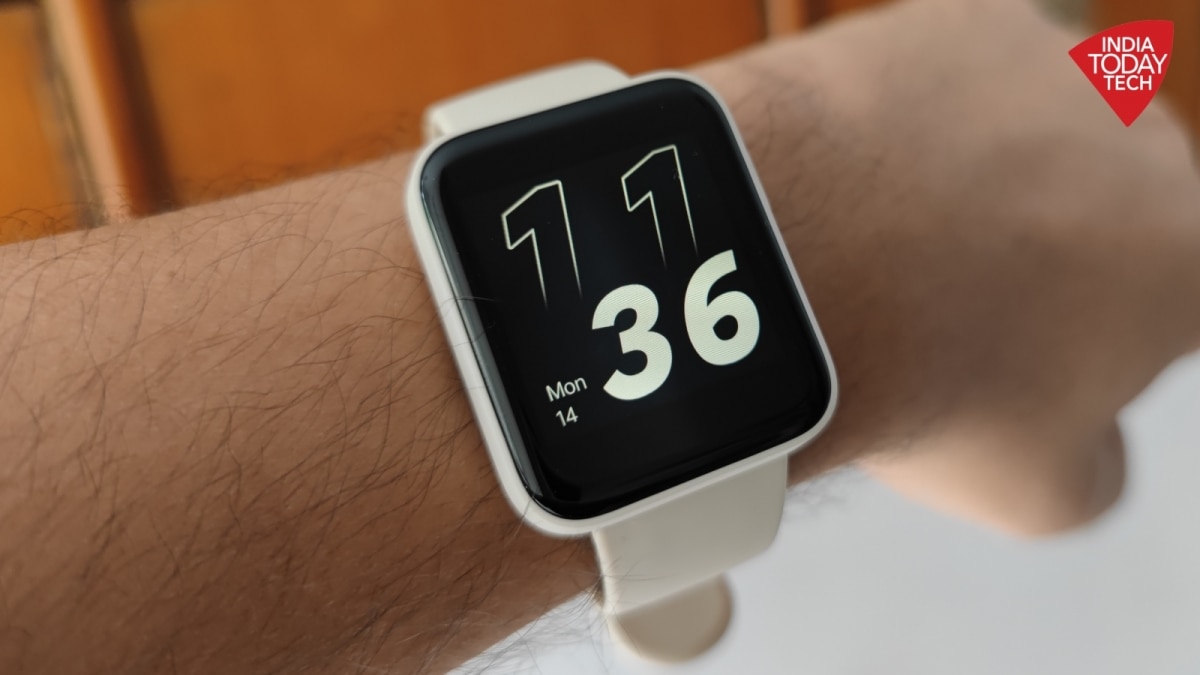 You also get 11 sports modes on the watch including trail running, walking, indoor and outdoor cycling, pool swimming, open water swimming, treadmill, hiking, and running. It also features the built-in GPS., which is another feature you don't find on affordable smartwatches. It allows you to record the route for outdoor walking, running or cycling without the need to carry your phone with you.

Point 3 While I called the Redmi Watch feature loaded, there is one important thing Xiaomi decided to leave out. The Redmi Watch doesn't come with SpO2 monitoring. A lot of people are buying smartwatches these days to monitor their oxygen levels. However, Xiaomi says SpO2 monitoring on fitness trackers can be inaccurate, and it thought it's better to skip it than provide false numbers.

Point 4 One thing that works in favour of the Redmi Watch is that it is very user-friendly. The watch UI is really simple. It runs Xiaomi's own operating system which doesn't require too much learning. Swiping down opens up the notifications panel, while swiping up brings quick controls which include a flashlight, raise to wake, lock, DND, and the Settings menu.

Within the menu, you get several options to adjust the brightness levels, vibration intensity, DND schedule and more. You can hold the button to choose between the face watches. The same button can also be used for other functions.

Point 5 Battery is another strong point of the Redmi Watch. It packs a 230mAh battery which is claimed to last for about 10 days. During my time with it, the Redmi Watch easily lasted for a week on a single charge. This was with medium usage that involved receiving notifications for WhatsApp and Outlook, monitoring heart rate and recording few workout sessions.

Also Read | Apple Music for Android gets Dolby Atmos spatial, lossless audio streaming, but currently in beta
Also Read | With Nord CE 5G, OnePlus is looking at the mass market in India and gets basics right but is that enough?
Also Read | Redmi watch review: Low on price, not on features