Some of the highly-anticipated features including the Disappearing Mode, Multi-Device support and View Once will arrive on WhatsApp soon.

Some of the highly-anticipated features including the Disappearing Mode, Multi-Device support and View Once will arrive on WhatsApp soon. And no these are not merely based on reports and leaks but Facebook CEO Mark Zuckerberg himself has confirmed rolling out these features on WhatsApp. The Facebook-owned messaging app was long rumoured to be working on these features. The glimpses of these features appeared during beta updates but no one knew when the features will be rolled out.

In an interesting turn of events, Wabetainfo, which tracks all the WhatsApp-related updates and informs readers about the upcoming features, was approached WhatsApp CEO Will Cathcart and Facebook CEO Mark Zuckerberg to talk about some of the upcoming features of WhatsApp.

"Some days ago WhatsApp reached out to me to ask if we could move on WhatsApp to discuss new features to come on the application. We used WhatsApp to chat in a group with the WhatsApp CEO Will Cathcart! We started to chat, but I felt so weird because this was an amazing experience. The chat starts with a message from Will, where he thanks me for my work reporting news and WhatsApp features," the wabetainfo report said. 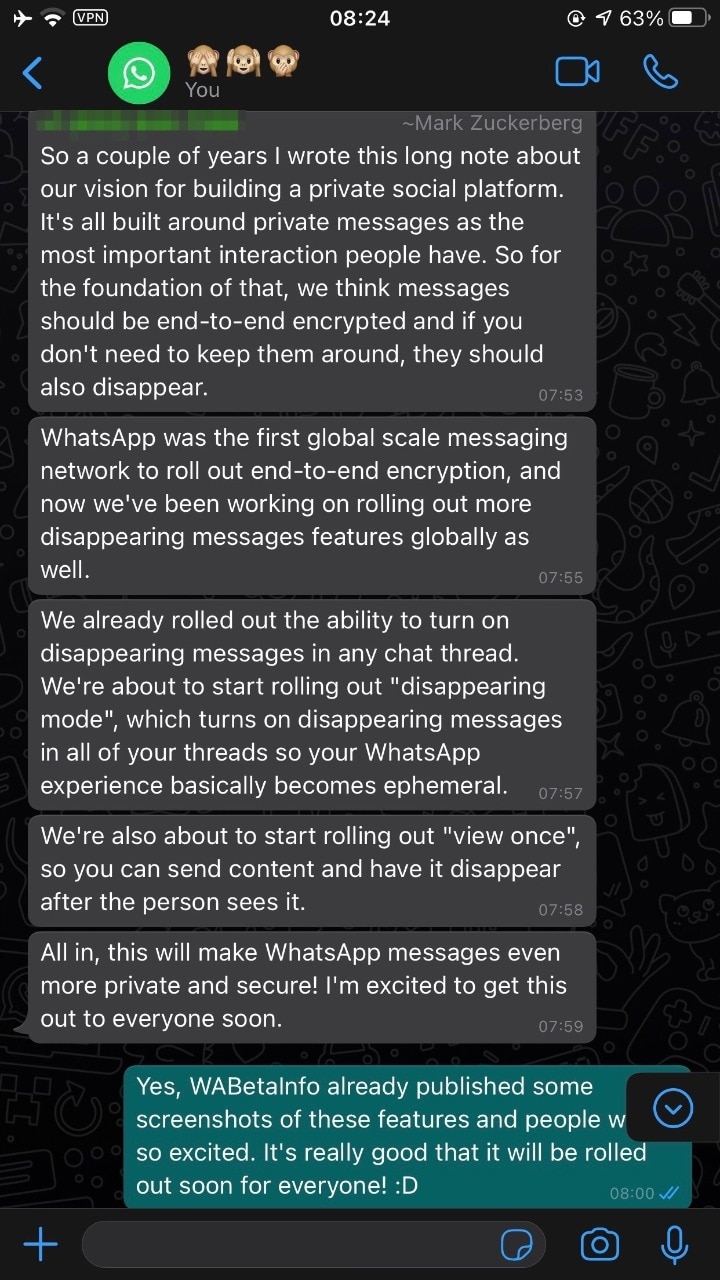 Another feature that will be soon rolled out on WhatsApp is the View Once feature. This feature is somewhat similar to the disappearing messages feature. If you turn the mode on, the message will disappear after the person has seen it.

When Mark was asked about the much-awaited multi-device support, he said that "it's been a big technical challenge to get all your messages and content to sync properly across devices even when your phone battery dies but we've solved this and we are looking forward to getting it out soon." 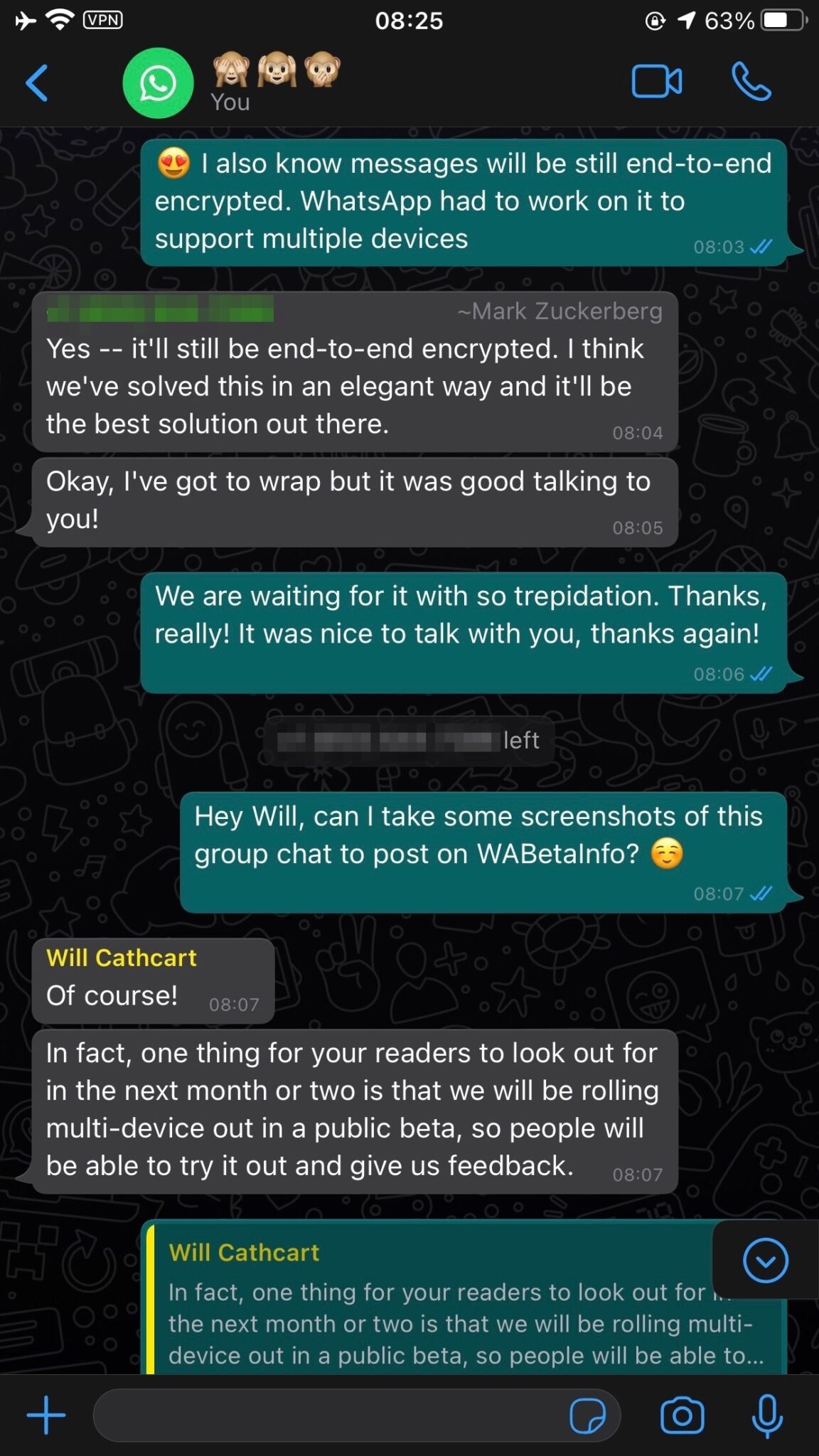 Will Cathcart also confirmed that the multi-device will be out in public beta in the next month or two.