Windows 11 will allow working on multiple monitors a lot easier

Microsoft is finally letting people with multiple monitors do what they actually want to.

Windows 11 is coming on 24 officially, but there is very little left to the imagination thanks to the leaked ISO file. The next-generation Windows is obviously going to be a big upgrade in terms of looks, but there are going to be improvements in the functionality, as well. And one of those improvements is the new multiple monitor setting that could finally make Windows a lot better. Windows 11 is getting an option to remember window locations based on monitor connection in the settings, according to the screenshots obtained from machines using the leaked version of Windows 11.

I am particularly glad that Microsoft is finally paying attention to the multi-monitor experience that has been a pain point despite so many years of existence of Windows. Multi-monitor setups are quite common today, and the lack of a seamless experience is what makes Windows 10 a bit less useful than Apple's macOS. Windows 10 did improve the functionality a bit but that was not up to expectations. As a result, several people took to the Feedback Hub on Windows to tell Microsoft where the problem was. Windows 11 is going to address the problem head-on. 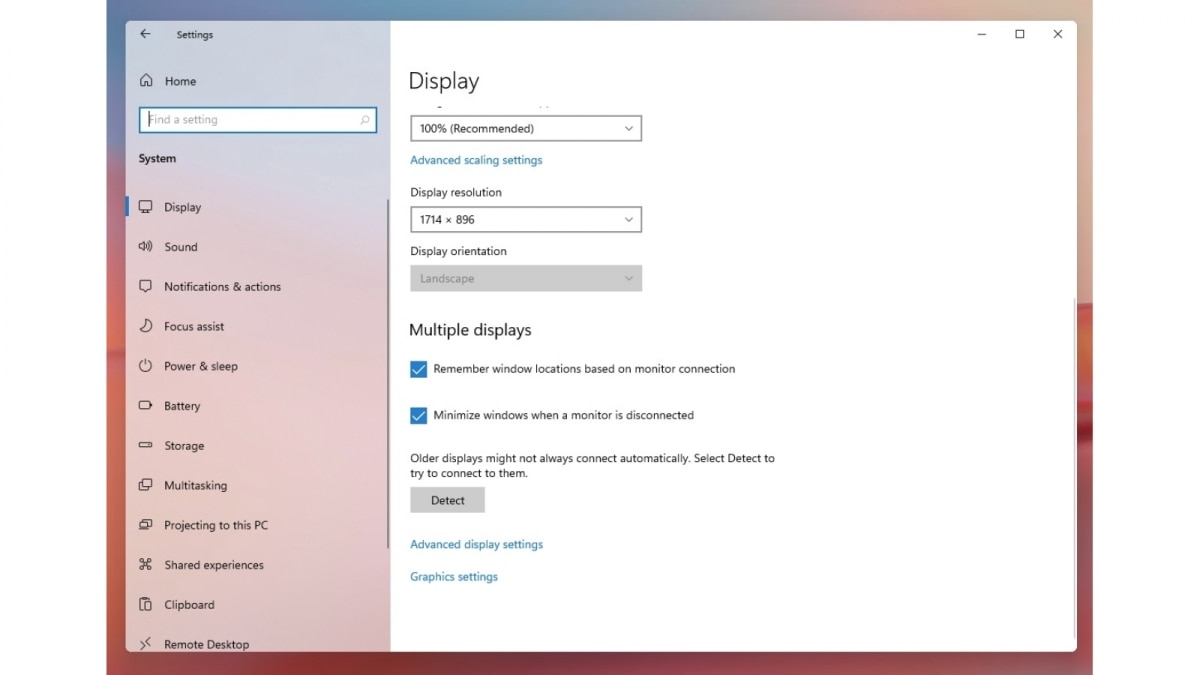 According to the screenshot shared by Windows Latest, Windows 11 does away with desktop rearrangement issues that make tabs and windows on multiple monitors look all crammed and weird. According to the report, that is because of Rapid Hot Plug Detect (Rapid HPD) that affects DisplayPort on Windows machines. With the "Remember window locations based on monitor connection" setting, Windows 11 will solve the issue of window rearrangement. There is going to be another setting that will let you minimise windows when a monitor is disconnected in the settings.

In one of the hands-on videos for Windows 11, the operating system seemed to have used a new resizing experience on windows. On clicking the Maximize button, you will see multiple options, including the one to allow four windows or apps on the screen. This is essentially another version of cascading windows.

It is a relief to know that Windows 11 is finally bringing support for a better multi-monitor experience, but I have three other expectations that I want Windows 11 to deliver on. I want better fluidity in animations and transitions, a better multiple desktop experience, and a proper gallery for apps on the upcoming Windows version. Microsoft will launch Windows 11 at an event on June 24 at 8.30 pm IST.