These prepaid plans by Reliance Jio, Airtel and Vodafone under Rs 200 will help you save money

The telecom giants Reliance Jio, Airtel and Vodafone are trying hard to improve the customer experience by coming up with new plans every second day. 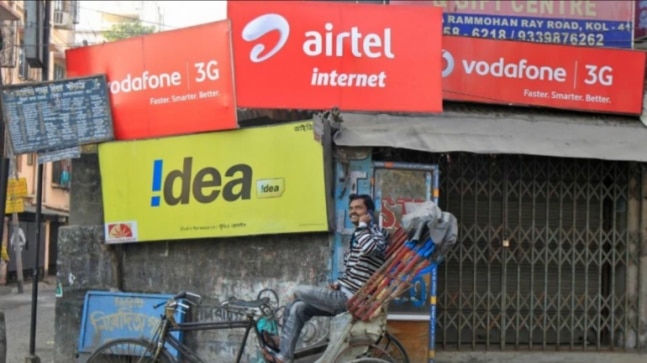 There are a plethora of prepaid plans available in the market today and the telecom giants Reliance Jio, Airtel and Vodafone are trying hard to improve the customer experience by coming up with new plans every second day. A lot of users changed their telecom networks after the price hike in December but now almost all the three operators have similar data packs. Jio, Vodafone and Airtel have prepaid plans that would match the needs of every type of subscribers.

So for instance, if a user wants an all-rounder pack in less money or only wants to use his number for making calls, there are options to choose from. In today's article, we would focus on prepaid packs under Rs 200, which would provide you all the benefits without making a hole in your pocket.

Airtel has some great options to choose from under Rs 200 such as the Rs 98, 149 and Rs 179 prepaid plans. The Rs 98 prepaid plan comes with a total of 6GB internet data and has a validity of 28 days. The Rs 149 plan, on the other hand, offers a total of 2GB data per day, unlimited calls to all networks and 300 SMS. It has a validity of 28 days. The Rs 179 plan offers similar benefits like the RS 149 plan but has one extra advantage. The prepaid plans comes with a life insurance cover of Rs 2 Lakhs. So there cannot be a better way to secure your future.

Vodafone
Vodafone has come up with new prepaid plans and has three plans to choose from the Rs 200 bracket such as Rs 199, Rs 149 and Rs 129. The Rs 199 comes with 1GB data per day, unlimited calls to all networks and 100 SMSes per day. The plan has a validity of 28 days and offers a free subscription to streaming apps such as Vodafone Play and Zee5.

The benefits offered by Rs 129 and Rs 149 are pretty much the same. They offer a total of 2GB internet data, but the 129 plan has a validity of 24 days while the Rs 149 plan is valid for 28 days. Both the plans come with unlimited calling facility and 300SMSes per day.

Nokia 2.2 Android 10 update now rolling out: How to install