Thief snatched phone in Noida, returned it because it was Galaxy S10 Plus and not OnePlus 9 Pro

A recent phone snatching incident in a Noida metro station turned into a laugh riot for the Twitterati, as the thief threw back the device after finding it not to be the model he expected. 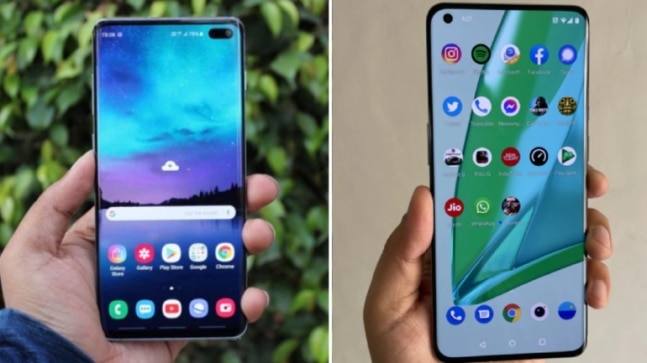 Many of us have been victims of phone snatching and thefts in various public places. What follows is even more tedious and mind-numbing than the act itself. This often involves reporting the incident to authorities, trying to salvage the lost data and shopping for a new device. Seldom, however, we get our lost phones back, and a Twitter user has now shared his story of such a miraculous retrieval.

Twitter user Debayan Roy recently shared a tweet on an incident that left him a "little numb", but reading about it has the Twitterati in splits. As Debayan was texting on his phone at the Sector 52 Noida Metro station, a man wearing a black mask snatched his phone and ran off.

Such an occurrence would understandably leave anyone stunned for a few moments. As he gained his senses, Debayan ran towards the thief in an attempt to catch him and retrieve his lost phone. What happened next could not possibly be predicted by Debayan or any of us for that matter.

As he ran towards the thief, Debayan noted that the guy turned back and ran towards him instead of trying to escape. He confronted Debayan and said, "Bhai mujhe laga One Plus 9 pro model hai" (Brother, I thought this is an OnePlus 9 Pro model). Saying this, he dropped the device on the floor and ran off again. Debayan ends the tweet with #WhatWasThis. Understandably so, as it is safe to say that none of us saw this coming until we read the tweet in its entirety. Twitterati has since had a field day trying to justify the actions of the miscreant.

While most asked Debayan about his well-being after the incident, some remarked that even thieves have standards these days. Many laughed at the incident and couldn't really put in words what to make of it.

A curious mind even asked Debayan about the smartphone that he uses, trying to judge why the thief would have thrown it back after snatching it away. Replying to the tweet, Debayan confirmed that he uses a Samsung Galaxy S10 Plus. Several of the tweets expressed relief on knowing that such (and their own) phones are not interesting targets for phone snatchers. Others asked Debayan if he felt relieved or offended by the thief's actions.

Relieved was the obvious answer as any of us would be.

And possibly a little amused.