This is OnePlus Nord CE and almost all of its features, India price have been revealed OnePlus Nord CE 5G revealed ahead of the launch

The next OnePlus Nord device is just around the corner. It will make way on June 10 in India. OnePlus has been continuously teasing the upcoming OnePlus Nord CE. Courtesy of these teasers and leaks, we know almost everything about this smartphone.

Like every other Nord device, the upcoming OnePlus Nord CE 5G is also a midrange device. This device will feature a Snapdragon 750G chipset, 64-megapixel triple rear cameras, a 90Hz AMOLED display and a 4500mAh battery with support for 30W fast charging.

Pictures and renders of the OnePlus Nord CE are all over the internet now. The device looks almost akin to the OnePlus Nord, as suggested by previous leaks. Besides this, we also know the pricing of this smartphone.

Now that OnePlus Nord CE is on the brink of launch, we decided to detail everything we know so far about it.

--The upcoming OnePlus Nord CE has been subjected to plenty of leaks, most of which have turned out to be true. Now complete renders of the smartphone have been revealed. Also, Amazon has created a landing page for the launch of the upcoming Nord device. The page details the key specs while revealing the rear design of the smartphone.

--The OnePlus Nord CE also misses out on the iconic alert slider seen on all OnePlus smartphones. On the other hand, the brand has decided to bring back the 3.5mm jack. The front of the device gets a punch-hole display with minimal bezels. It will be available in a blue and black colour finish similar to what we have seen on the OnePlus Nord.

--The CE in the Nord CE stands for Core Edition. Oliver Zhang, Head of Product at OnePlus, told TechRadar that the whole design philosophy hinges around the idea of "core". This essentially means the product focuses on the most important features.

--The Nord CE is also the first mid-range OnePlus device to feature an AG matte finish. This finish which first appeared on the OnePlus 8, is supposed to keep fingerprints away. 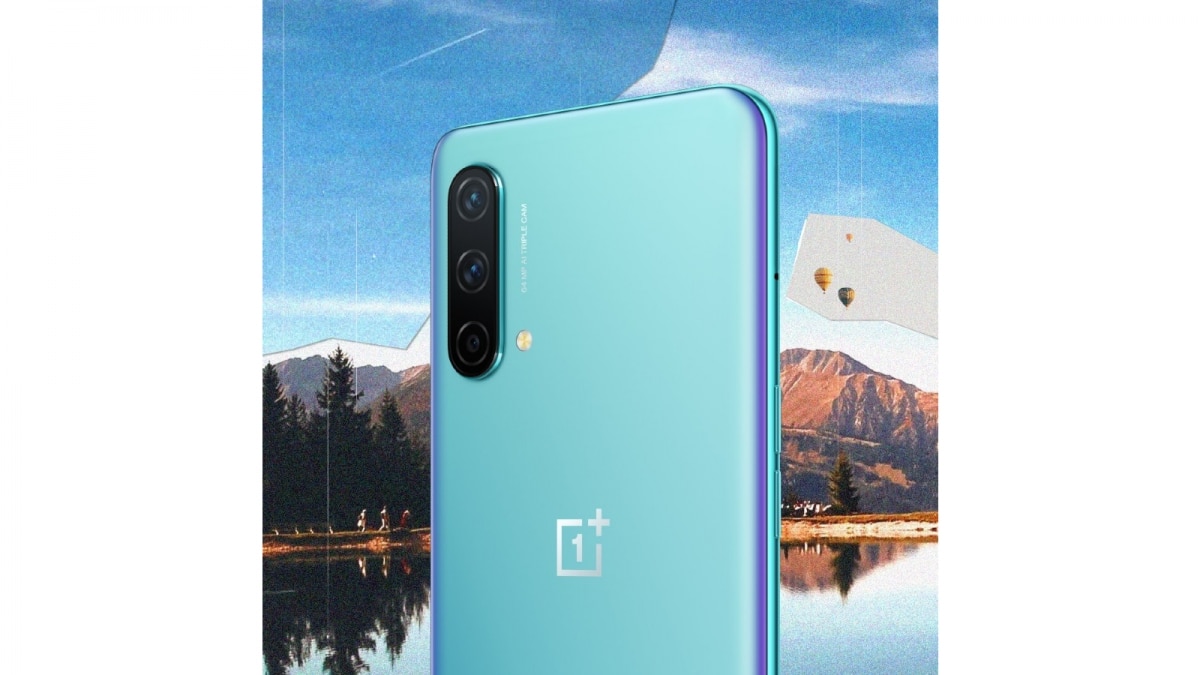 --As far as the specs of the OnePlus Nord CE are concerned, the smartphone will sport a 6.43-inch AMOLED panel with a refresh rate of 90Hz. The smartphone is powered by Qualcomm Snapdragon 750G chipset under the hood. It is an octa-core chipset built on an 8nm manufacturing process and coupled with Adreno 619 GPU. Further, the smartphone will ship in two RAM and storage configurations, 6GB RAM/64GB storage and the other with 8GB RAM/128GB storage.

--In the camera department, the OnePlus Nord CE 5G will ship with triple rear cameras consisting of a 64-megapixel primary shooter accompanied by an 8-megapixel ultrawide lens and another 2-megapixel depth sensor. Whereas on the front, it will get a 16-megapixel selfie shooter.

--The OnePlus Nord CE 5G is confirmed to be powered by a 4500mAh battery with support for 30W fast charging. Yes, it is a 5G capable device, as the name suggests. However, we do not know the number of supported bands.

The OnePlus Nord CE 5G is arriving on June 10 in India. Amazon has also created a microsite for the launch detailing a few imp specs. Through which we know that it is an Amazon exclusive. In case you want to watch the launch event live, tune in to the OnePlus YouTube at 7 PM IST.

The OnePlus Nord CE 5G is a mid-range device that's expected to be priced under Rs 25,000 in India. Ahead of the launch, the smartphone's price has accidentally been tipped by an HDFC Bank cashback offer listed on the website. Courtesy of which we know that the OnePlus Nord CE may launch at a starting price of Rs 22,999. Consumers can also avail of a discount of Rs 1,000 while making the purchase with HDFC Bank cards. This means you can grab the OnePlus Nord CE 5G at as low as Rs 21,999.

The preorders for Nord CE 5G will begin on June 11, and users preordering the device will be eligible for goodies worth Rs. 2,699, as per leaked details.