The Redmi K30 Pro now has an official launch date and it looks a lot better than the Redmi K30. It's also among the fastest Android phones right now based on AnTuTu scores. We have been waiting forever since the Redmi K30 made its debut and the wait is almost over. The Redmi K30 Pro is coming next week and there's a lot of new stuff about it out there. We finally have an official render along with an official launch date as well as the first look at an AnTuTu score. It looks massively different from the regular model and based on the previous leaks as well as rumours, it will be highly superior to the regular model.

Let's talk about the design of the Redmi K30 Pro first. The leaks have revealed an official render of the phone that shows only the rear panel. The phone draws some resemblance from the Redmi K30 5G but it seems to have evolved in all the areas to make for a more premium finish. There is a big circular camera hump similar to the OnePlus 7T but it holds four cameras neatly arranged in symmetry.

The hump is physical and not a gradient pattern as we saw on the Redmi K30/Poco X2. There's a 64-megapixel branding etched between the camera lenses that hints at the use of the same 64-megapixel Sony IMX686 sensor. We can expect the camera to perform better on this one. The other three cameras are still a mystery but we can expect them to be improved versions of an ultra-wide, telephoto and depth camera. 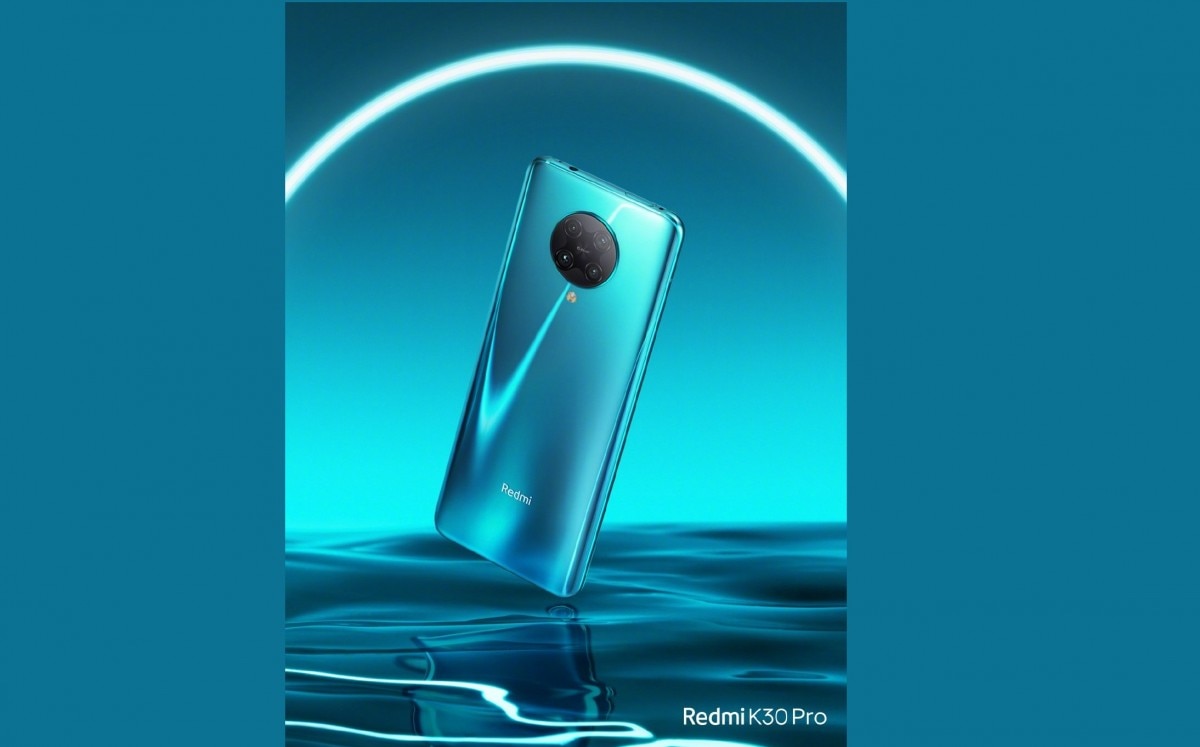 The rest of the rear panel has a mild gradient that looks tasteful more appealing than what we saw on the Redmi K30 5G. the blue colour shown here looks quite similar to the one on the OnePlus 7T. even the single pop-up camera module is visible along with the 3.5mm headphone jack.

The design, on the whole, suggests that this phone will be a powerhouse. Redmi itself wants to suggest that in a big way and hence, has shared the official AnTuTu score. Redmi's GM Lu Weibing says the K30 Pro has managed to score 610,296 on AnTuTu, which puts it on top of the scoreboard. This suggests that the hone will indeed use the Qualcomm Snapdragon 865 chipset and it might also end up in a 5G variant in select markets.

Redmi has also announced the launch date of the phone in China. The K30 Pro will be made official on March 24 in an online event due to the existing coronavirus pandemic. Redmi is being tight-lipped about the price and availability but previous rumours have suggested that it will end up as the most affordable smartphone using the Snapdragon 865 chipset. Given that its successor the Redmi K20 Pro- made it to the Indian shores, chances are that Xiaomi might bring the K30 Pro to our market within a few months.

TikTok moderators told to not promote videos made by ugly and poor people, says report