Realme is close to launching the Narzo 30 series in India and this could be the first big confirmation. If you have been waiting to catch the first proper glimpse at Narzo 30 Pro, there is good news. Confirming the phone, Realme India boss Madhav Sheth shared a photo of him holding the Narzo 30 Pro on Twitter. The photo shows the back design of the phone in what could be the best look so far. The Narzo 30 Pro retail box design can also be seen in the photo because there are several boxes. Separately, Sheth has confirmed the key specifications of the Narzo 30 Pro ahead of the launch.

While the photo, Sheth posted on Twitter, reveals what the phone looks like, Sheth told XDA Developers that one of the smartphones in the Narzo 30 series will be powered by the MediaTek Dimensity 800U chipset. A previously leaked poster hinted at the same. With this chipset, the Narzo 30 Pro will be a 5G ready phone. Sheth also said it will be available for "never-before-seen" price. Sheth had earlier teased there is a 5G phone cheaper than X7 in the offing. Realme X7 costs Rs 19,999, so it is logical the Narzo 30 Pro will have a lower price tag, making it perhaps the cheapest 5G phone in India. 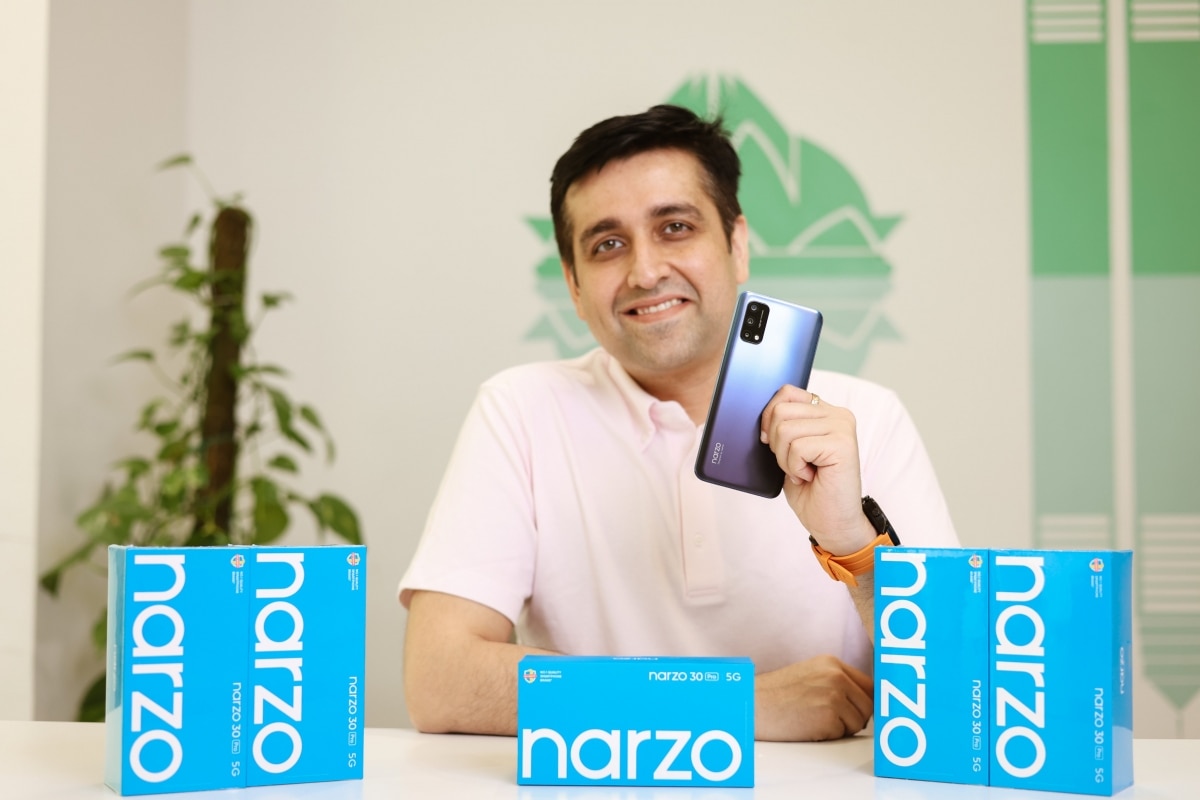 There have also been rumours that Narzo may go on to become a separate brand. Sheth has denied these rumours. "Narzo is a part of realme and is not a sub-brand. It will continue to be a part of realme," Sheth told XDA Developers. The Narzo 30 series, he added, will be there to "better cater to the young players." The Narzo series has been about bringing that one feature that is usually found on high-priced phones for a price that goes well with people. For example, Narzo 20 Pro brought 65W charging for under Rs 15,000.

Apart from the processor, there is nothing else confirmed but that does not mean there is no other information. Thanks to the rumour mill, the Narzo 30 Pro may have a 6.5-inch 120Hz display, a 4880mAh battery with 65W fast charging technology, Android 11-based Realme UI 2.0 out of the box, and will measure 162.5x74.8x8.8mm. This looks like an impressive sheet of specifications theoretically and since we already know the price is going to be under Rs 19,999, the Narzo 30 Pro could be a solid phone in this segment.

There will also be a Narzo 30A that will have less powerful specifications than what the Pro version will have. A previously leaked poster showed three rear cameras in a square design and a wavy pattern as the design on the phone's back. The specifications of this phone are not quite known but one thing for sure, there will be no 5G on Narzo 30A. Both phones are likely to be sold on Flipkart.