The company data revealed that this image of a New York Aster is getting over 90 million hits per day from India. A picture of a flower is getting 90 million hits per day from India. There is nothing usual about the flower yet it is being clicked upon in huge numbers. The company data revealed that this image of a New York Aster is getting over 90 million hits per day from India. The flower is commonly available in India and you could find this in every other park and home but don't why Indian users are finding it rather amusing.

This unusual phenomenon was unearthed by Chris Albon, director of Machine Learning at Wikimedia who took to Twitter to speak about it. He wrote, "How transparent is Wikimedia? Check out this actual, live ticket about an ongoing mystery. 20% of all requests to one of our data centers for media are for this image of a flower. Nobody knows why." 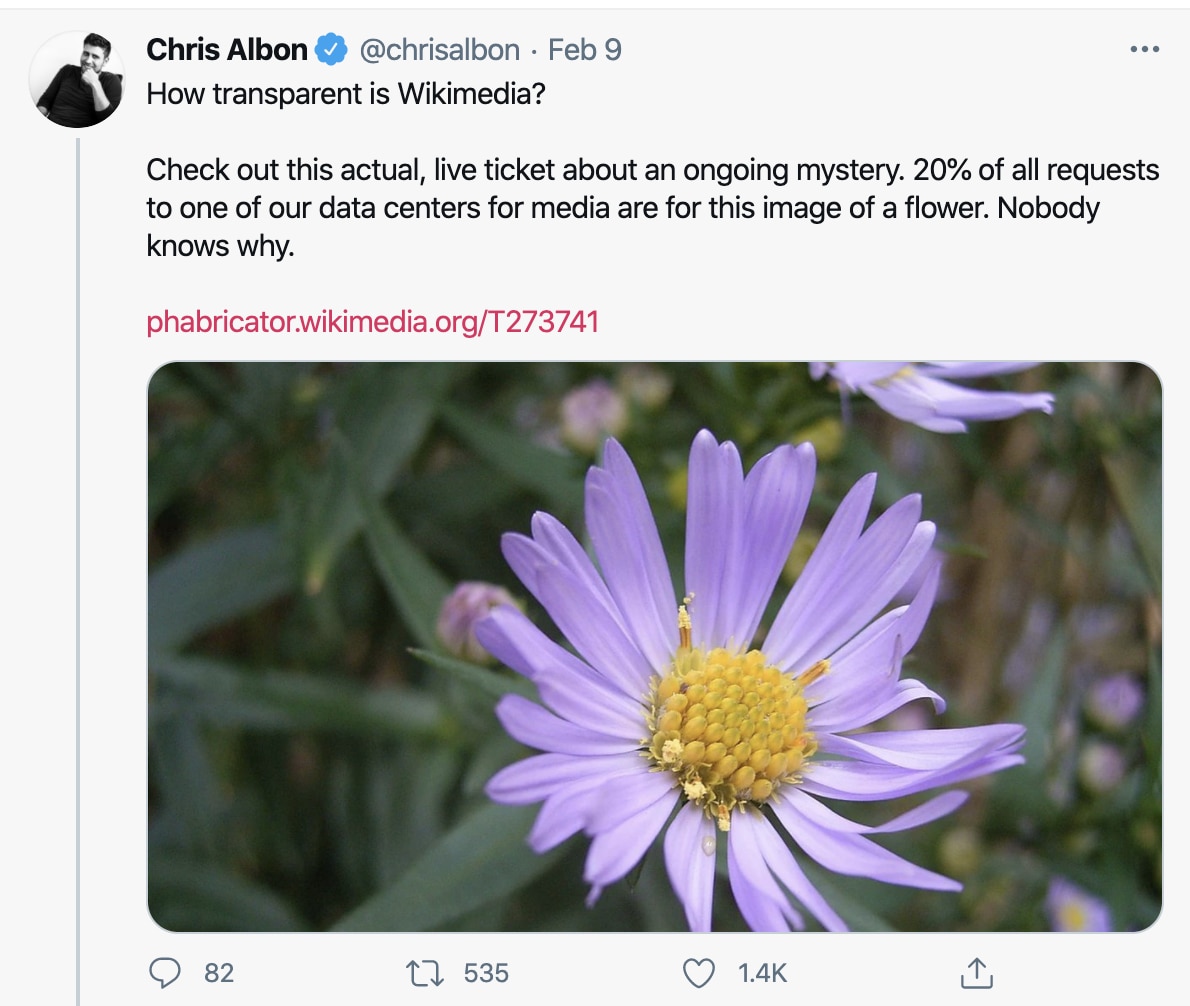 Albon shared the link to Phabricator to verify the data. It is a platform that can be accessed by all Wikimedia contributors. The site revealed that this particular picture of the New York aster flower gets about 90 million hits per day from various ISPs in India, all with the same characteristics.

"We've noticed today that we get about 90M hits per day from various ISPs in India. These are very strange, as they come from wildly different IPs, follow a daily traffic pattern, so we are hypothesizing there is some mobile app predominantly used in India that hotlinks the above image for e.g. a splash screen. We need to investigate this further as this kind of request constitutes about 20 percent of all requests we get in EQSIN for media," a post on Phabricator read.

Another data by pageviews graph revealed that in the past six months, 20 percent of requests were made for this particular image. The data shows that people access the picture on a daily basis. However, the picture was not as popular back till June 8. It used to get some hundred views a day. However, the number of views increased drastically on June 9. By the end of June, the flower had more than 15 million hits per day. Coincidentally, the flower got maximum hits after TikTok was banned in India.

Albon later revealed that the surge in hits was due to some app in India." We noticed that the image/app gained popularity somewhere around the time India blocked Chinese internet services and websites," he said.