The government has made it mandatory for people to link their mobile numbers with the Aadhaar mandatory for receiving Covid-19 vaccination. 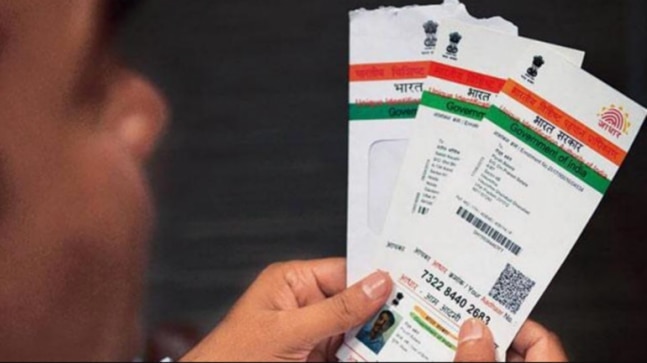 The government of India has officially rolled out two vaccines for the citizens including the Covaxin and the Covisheild. However, to get any of the two COVID vaccinations, you will have to link your mobile number to your Aadhar card. It was announced that the first phase of the vaccination would include frontline workers, people who are above the age of 50.

As per a Hindu Businessline report, the government has made it mandatory for people to link their mobile number with Aadhaar mandatory for receiving Covid-19 vaccination. RS Sharma, Chairman of the Empowered Group on Technology and Data Management on Covid-19 had said that the proxies for Aadhar authentication are not allowed.

Sharma also said that Aadhar is being made mandatory for identifying the "person getting vaccinated and also keeping a digital record on who gets vaccinated by whom, when, and with which vaccine."

"We have previous experience as well. We have also done the same for Aadhar card enrolments. From the beginning, data will be safe and not have any problem. There are other ways to register, but Aadhar card is going to be a big prospect," Dr Shatma said."

PM Modi had confirmed last week that Aadhar card would be necessary to identify people for the vaccination. The record will also ensure that the people who have received the first shot will get the second dose as well.

"Most people are furnishing their Aadhaar number on the Co-WIN platform as identity proof which they will bring along when they come for vaccination. As a result, Aadhaar is being used extensively in the ongoing vaccination though other identity proofs like voter ID cards are also acceptable, a government official told ET.

So if you haven't linked your mobile number to your Aadhar card yet, you might as well do it soon because the card is extremely crucial for your covid vaccination.

To monitor the entire vaccination process, a Co-Win app has been created to keep a check on the storage of vaccines to tracking of the people who have registered for the vaccination or taken the first shot.

"Co-WIN digital platform includes a free downloadable mobile application which can help record vaccine data. One can register themselves on it if they want the vaccine. There are five modules in Co-WIN app - administrator module, registration module, vaccination module, beneficiary acknowledgment module and report module," Health Secretary Rajesh Bhushan was quoted by PTI as saying.

OnePlus co-founder Carl Pei is launching a new brand on Jan 27, Kunal Shah is investing in it