While there were many new launches, there are some apps that received some feature updates and suddenly became more relevant. 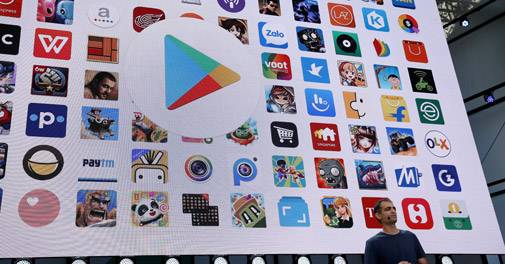 The year 2017 wasn't just about smartphones and artificial intelligence as there were many apps that redefined the way things are done. While there were many new launches, there are some apps that received some feature updates and suddenly became more relevant. Some noteworthy apps came from Google, while independent developers too have some to their credit.

A must have for Android smartphones, the Files Go app segregates large files, duplicate files, app cache, and more into different folders making it easy to browse through and delete. You can delete the folder at once or delete individual files. There are separate folders for documents, videos, images, audio files and more. Another highlight of the app is secure transfer of files between two Android devices without Internet connectivity, which works flawlessly.

Available for both iOS and Android platform, the Motion Stills app from Google Research uses advanced stabilisation and rendering to turn Live phots and videos into GIFs creates cinematic GIFs and movies. The app can be used to capture a short 3 second video loop.

Or it can be used for 'fast forward' where the app allows you to record a video, and you can speed it up from twice to eight times the original speed. It can also be used to create a GIF of Live photos stored on the device.

This is one cool app for iPad and Mac that can be add animation to a still image. One can choose the animation tool and draw arrows across the parts one wish to inmate. Long arrows are for fast animation whereas short arrows are for slow animation. The anchor points can be used to highlight the parts which should not move. The app takes a little time to master but creates awesome effects that one can add to their images.

Opera has been doing it for long but now Google also allows Android users to manage their mobile data. The Datally is designed to give you control over apps to prevent them from eating mobile data. this worlds during active usage and even when running in the background. The app looks for data hungry apps and allows you to restrict the data consumption when on mobile data. For those looking for free public Wi-Fi, the app can come handy. It searches for the free networks and guides you to the location where you can join the free WiFi network. there app also has a finder that guides you to the nearby locations where you can join.

This is a privacy-focused browser from Mozilla that is designed to block online trackers including third-party advertising. While opening websites, the tracking protection shows the number of trackers including ad tracker, analytic trackers, and more.  Using the Erase tab on the top, you can get rid of the entire browsing history. It's not a 2017 launch but the latest update got URL autocomplete option that made it much easy to use. The app is available for both Android and iOS devices.