Facebook is in no mood to let former US President Donald Trump use its platform again, not even through his daughter-in-law's Facebook page. 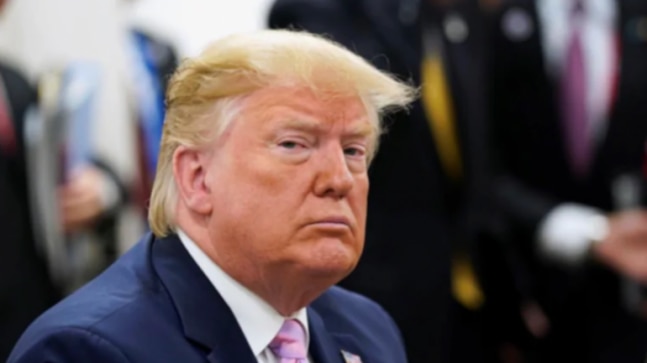 Facebook is in no mood to let former US President Donald Trump use its platform again, not even through his daughter-in-law's Facebook page. Trump made quite a few appearances on his daughter-in-law Lara Trump's page. However, Facebook soon removed the videos of Trump that were posted on her Facebook page by Lara, who is married to Trump's son, Eric. Facebook not only removed the video but also issued a warning. For the unversed, the social-media giant had indefinitely banned Trump after he was found inciting the Capitol Hill rioters.

Lara Trump had posted a video of one of Trump's interviews on her Facebook page. However, she soon received an email from the social media company stating that the post has been removed because it featured "the voice of Donald Trump."

Lara posted the screenshot of the email that read, "Hi folks, We are reaching out to let you know that we removed content from Lara Trump's Facebook Page that featured President Trump speaking. In line with the block, we placed on Donald Trump's Facebook and Instagram accounts, further content posted in the voice of Donald Trump will be removed and result in additional limitations on the accounts." Facebook in an email confirmed to The Verge that it has indeed removed the video feature, Donald Trump.

In the wake of the Capitol Hill riots, that took place in January, social media platforms including Facebook, Twitter, Snapchat, and even YouTube indefinitely banned Trump from using their platforms. Facebook COO Sheryl Sandberg even said that the company has no plans to lift the ban.

However, sources close to the former US President have confirmed that Trump may launch his own social media platform in the coming months. "We're going to have a platform where the president's message of America First is going to be able to be put out to everybody. There'll be an opportunity for other people to weigh in and communicate in a free format without fear of reprisal or being canceled," Corey Lewandowski said on Newsmax TV. The sources have also added that Trump wishes to reach out to his followers through his own social media platform. He has been barred from using any of the social media apps so the only way by which he can get in touch with his followers is by creating his own platform.

Trump's advisor Jason Miller has said that the new platform going to completely redefine the game, and "everybody is going to be waiting and watching to see what exactly President Trump does, but it will be his own platform."