US President Donald Trump has signed an executive order to ban Chinese apps including Alipay, WeChat Pay and other apps owned by China-based companies 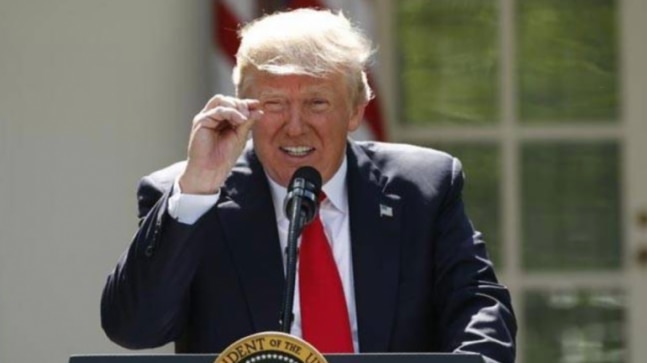 US President Donald Trump has signed an executive order to ban Chinese apps including Alipay, WeChat Pay and other apps owned by China-based companies. Some of these apps include Jack Ma-owned Ant Group's Alipay, Tencent's QQ and WeChat Pay, CamScanner, and more. The executive order will come into effect in 45 days. Interestingly, it will take effect weeks after Joe Biden takes over as the new President of the United States.

Trump has taken major inspiration from the government in ordering a ban against the Chinese apps. He has even cited India's example in the executive order. "The Government of India has banned the use of more than 200 Chinese connected software applications throughout the country; in a statement, India's Ministry of Electronics and Information Technology asserted that the applications were stealing and surreptitiously transmitting users' data in an unauthorized manner to servers which have locations outside India," Trump wrote in his executive order. Some of the apps that he wants to ban in the United States are already banned in India. The apps include CamScanner, QQ Wallet, SHAREit, Tencent QQ, VMate, WeChat Pay, and WPS Office.

Trump had signed his first executive order against Bytedance-owned TikTok in August. He had asked the company to sell its US arm to an American company failing which it will be banned and blocked in the United States. He has also blocked transactions with Chinese apps included TikTok ad Bytedance. However, in December, a Federal court judge had tried to stop the TikTok ban in the US by granting a preliminary injunction.

"The pace and pervasiveness of the spread in the United States of certain connected mobile and desktop applications and other software developed or controlled by persons in the People's Republic of China, to include Hong Kong and Macau (China), continue to threaten the national security, foreign policy, and economy of the United States," the executive order read."The US must take aggressive action against those who develop or control Chinese connected software applications to protect our national security."

Looking for prepaid plans under Rs 200? Consider these new offers from BSNL