US President Donald Trump backs tech giant Oracle to buy TikTok in the US. 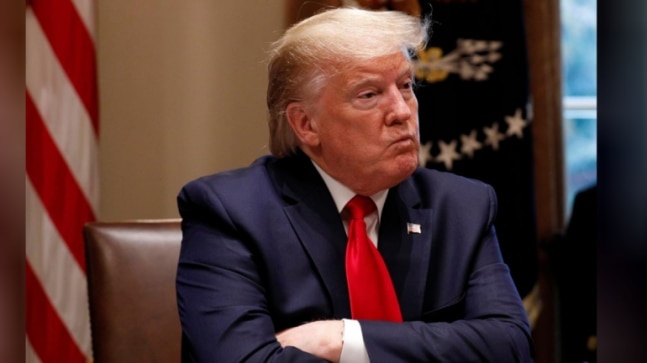 US President Donald Trump has said that Oracle would be a great company to take over TikTok during a speech in Yuma, Arizona, BBC stated. Trump's comments come after reports of tech giant Oracle considering buying TikTok's businesses in the US, Canada, Australia and New Zealand with investment firms, including General Atlantic and Sequoia Capital surfaced on Tuesday.

On Sunday, Trump signed a second executive order giving ByteDance, Tiktok's parent company a 90-day deadline to sell TikTok failing which it would face a ban. The new deadline was doubled as against the previous deadline which was 45 days. Trump had said the US government treasury should get a substantial portion of the sale price of TikTok's US unit if an American firm buys it.

Microsoft and Twitter have also approached ByteDance for a deal.

Meanwhile, TikTok is listing new jobs in the US, as per a report by the Business Insider. The number of jobs listed in the company's New York, Los Angeles, and Mountain View, California, offices have increased in the past week to 357 posts, the report stated.

These job listings involve the positions in the company's trust-and-safety team tasked with proving the app does not harvest or handle data differently than other social platforms and does not transfer data to China.

Other listings include positions in privacy and regulatory affairs. Individuals applying for these jobs will be required to review new products and features to ensure compliance with data protection laws and to assist in compliance and design. The applicants will also be required to develop policies around privacy and data protection practices.
Sources at TikTok familiar with the matter told Business Insider the company's US executives are acting and hiring as if it is business as usual.

As per reports, TikTok can take legal action against the Trump administration as the company called the executive order baseless and said it had no time to respond to the order.

"We have made clear that TikTok has never shared user data with the Chinese government, nor censored content at its request," Tiktok in a blog post stated. "This Executive Order risks undermining global businesses' trust in the United States' commitment to the rule of law, which has served as a magnet for investment and spurred decades of American economic growth. And it sets a dangerous precedent for the concept of free expression and open markets."