Trump's now hidden tweet was directed at potential protestors in the USA. His tweet read, "There will never be an "Autonomous Zone" in Washington, D.C., as long as I'm your President. If they try they will be met with serious force!" 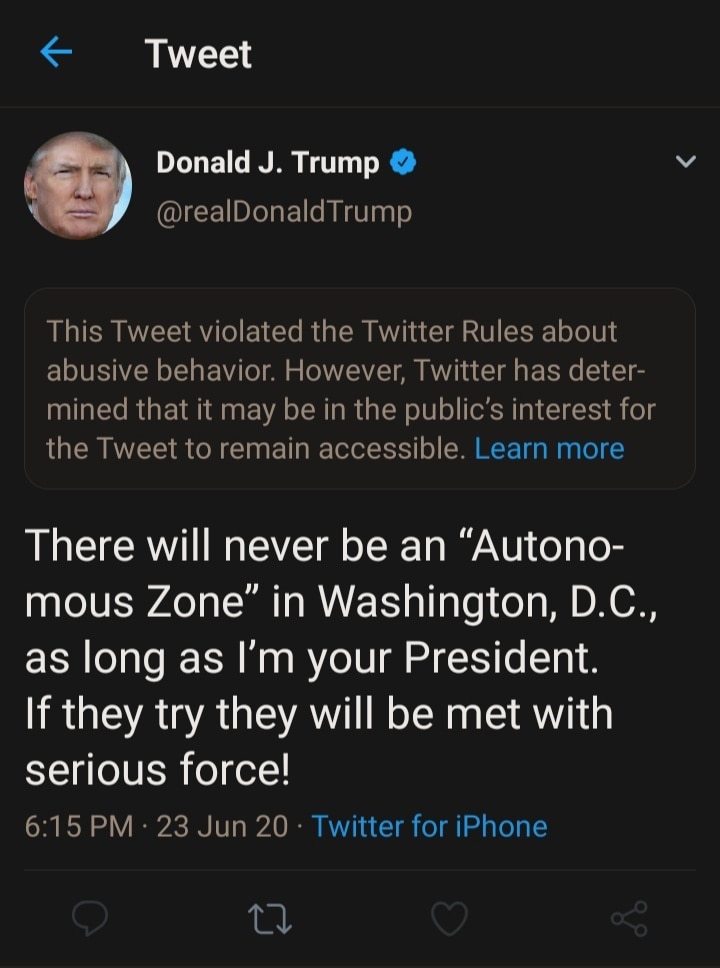 "We've placed a public interest notice on this Tweet for violating out policy against abusive behaviour, specifically, the presence of a threat of harm against an identifiable group," Twitter's safety team later tweeted.

Twitter's policy reads, "At present, we limit exceptions to one critical type of public-interest content—Tweets from elected and government officials—given the significant public interest in knowing and being able to discuss their actions and statements."

Protestors have formed a police-free zone in Seattle, Washington which is unsettling for conservatives and seemingly for the US president as well.

After the clear display of annoyance from Twitter last month Trump signed an executive order aimed at weakening the power of social media companies in the way they deal with user-generated content that could be illegal or abusive.

Trump has also called Twitter's fact-checking as biased in the past. "Twitter is doing nothing about all of the lies & propaganda being put out by China or the Radical Left Democrat Party. They have targeted Republicans, Conservatives & the President of the United States. Section 230 should be revoked by Congress. Until then, it will be regulated!"