The Brazilian President recently posted videos on Twitter in which he is seen downplaying COVID-19. Twitter, soon after that removed the videos following the guidelines which it recently set. 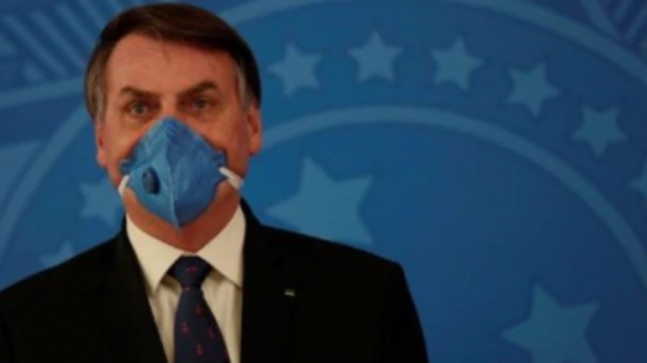 Brazilian President, Jair Bolsonaro, was not spared for not adhering to Twitter's guidelines as two of the four videos posted by him were removed by the tech-giant.

The president was actively seen downplaying the disease in two of the four videos shared by him on Twitter. In one of the videos shared by Bolsonaro, he is openly seen disregarding guidelines set by his government by mixing with people.

According to a report by AFP, he is also seen urging the people on the streets of Brazil to keep the economy going by returning back to normalcy.

Twitter, reportedly, removed two of the four videos posted by the president. In one of the videos, the president can be seen talking to a vegetable vendor. Bolsonaro is seen telling the vendor, "What I have been hearing from people is that they want to work."

He is also seen pointing out the fact that only people "over-65s stay at home."

The vegetable vendor is seen telling him that they will die of starvation if not from COVID-19. To this the Brazilian President replies,"You're not going to die!"

In another video, the president is seen urging people to return back to normal. He is seen questioning the guidelines set by the governors and mayors across the South American country as measures for containment of COVID-19.

Bolsonaro, known for his stringent ways of reform has also described coronavirus as a flu. He even advocated for schools and colleges to reopen in Brazil. "Let's face the virus with reality. It is life, we must all die one day," Bolsonaro told AFP reporters. The president has seen giving importance of containment to only people over 60s. As of March 30, the death toll in Brazil because of COVID-19 was around 114 with over 3000 affected people.

On March 18, Twitter came out with a new coronavirus misinformation policy. It also set certain guidelines for spreading misinformation related to COVID-19. This step was taken by the tech-giant as a lot of misinformation was being spread about the disease.

OnePlus Z is coming as OnePlus X successor, could launch later in 2020 as most affordable OnePlus