Twitter soon to have its own version of disappearing Stories called the "Fleets", the tweets or stories that would disappear after 24 hours. 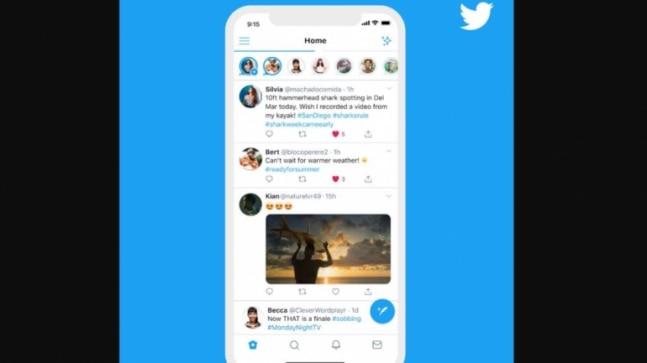 After Instagram, Facebook and WhatsApp, Twitter soon to have its own version of disappearing Stories called the Fleets, the tweets or stories that would disappear after 24 hours. The feature will let users post ephemeral content to Twitter but unlike the tweets, the Fleets cannot receive Likes, Retweets or Replies and they will also not exist after 24 hours. The feature is pretty similar to the Stories thingy we have in all Facebook-owned companies like Instagram, WhatsApp and even Facebook for that matter. But the users can react or even share the Stories on their accounts, unlike Fleets.

The concept of disappearing pictures or stories was first borrowed from Snapchat. The entire Snapchat revolves around this.

Talking about Twitter's idea behind introducing Fleets, the Product Lead Kavyon Beykpour took to the micro-blogging site and wrote the feature would help users express their fleeting thoughts.

People often tell us that they don't feel comfortable Tweeting because Tweets can be seen and replied to by anybody, feel permanent and performative (how many Likes & Retweets will this get!?). Many of us can probably empathize with this. Fleets are a way to share fleeting thoughts. Unlike Tweets, Fleets disappear after 24 hours and don't get Retweets, Likes, or public replies-- people can only react to your Fleets with DMs. Instead of showing up in people's timelines, Fleets are viewed by tapping on your avatar, Kavyon wrote on Twitter.

Kavyon also revealed that the feature is being rolled out in Brazil. We're hoping that Fleets can help people share the fleeting thoughts that they would have been unlikely to Tweet. This is a substantial change to Twitter, so we're excited to learn by testing it (starting with the rollout today in Brazil) and seeing how our customers use it, he added.

However, this move by Twitter wasn't well-received by the Twitterati as soon after the feature was implemented #RIPTwitter started trending on the micro-blogging site. Some users even alleged that Twitter is slowly becoming another Instagram while some expressed displeasure over Twitter not implementing the edit button and adding the Stories feature instead.

So whether you like the feature or not, Twitter has this feature to offer as of now. To view someone's Fleets, you have to visit their profile and click on the round stories option. It will be rolled out in India once the feature is successfully tried and tested.

These plans by Reliance Jio, Vodafone and Airtel will help you save money: Here's how