Twitter will now add context to trending hashtags on its platform

Twitter is now rolling out a new feature that would add posts, descriptions totrending hashtags. 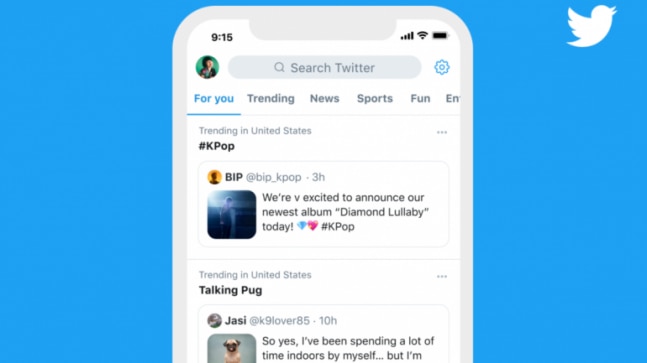 Many times a lot of bizarre topics start trending on Twitter and users often have no idea whey something is trending so much. To put an end to the queries of users about trending topics, Twitter is now rolling out a new feature that would add posts, descriptions to trending hashtags. The micro-blogging site is rolling out the feature today that will add more context to some of the hashtags that appear under the trending section so that users can have a fair idea of why something is trending in their country.

"Starting today, some trends will have a representative Tweet pinned to them to give you more insight about a trend right away. A combination of algorithms and our curation team determine if a Tweet represents a trend by evaluating if the Tweet is very reflective of the trend and popular. Our algorithms are designed to identify representative Tweets that aren't potentially abusive, spam, or posted by accounts trying to take advantage of our system. Representative Tweets on trends can be found on Twitter for iOS and Android now. We're working to bring them to twitter.com soon too," Liz Lee, Product Trust Partner and Frank Oppong, Product Manager, Twitter, said in a blog post.

Trends are Twitter's way of letting users know which topics in their country are most talked about. It is a great tool for users who are part of the micro-blogging site to seek information about the current happenings. The trends are sometimes curated on the basis of the topics that you follow or tweet most about and sometimes as per geographical locations. However, often Twitter features topics that most don't know about but this feature will inform users about why something is being tweeted about.

"In the coming weeks, you should see brief descriptions added to some trends as well to help add context to the trend. Descriptions will provide straightforward, clearly sourced context around why something is trending. Descriptions are developed by our curation team and follow their guidelines. Descriptions on trends will be found on twitter.com and Twitter for iOS and Android," the Twitter blog read.

Earlier in July, Twitter got rid of several accounts that were misusing trends to peddle conspiracy theories on the platform. As per reports, the micro-blogging site blocked as much as 1,50,000 accounts from the platform for doing so.