Zoom founder Eric Yuan was inspired by a talk Bill Gates gave in the 1990s. He decided to move out of China but his journey to success has not been an easy one. 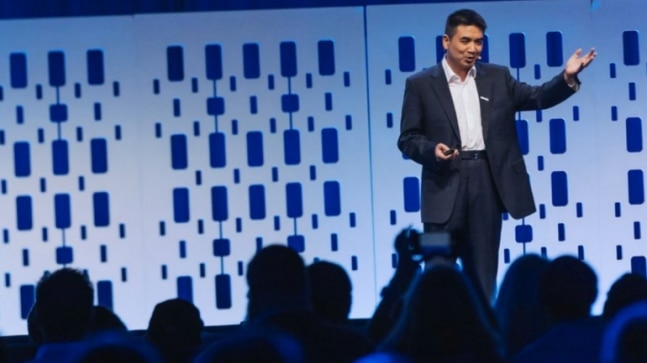 In 1990s, Eric Yuan heard Bill Gates speak about the internet. Yuan was in China, his home country, and in his 20s then. The talk from Gates sparked a dream and he yearned to go the US, to Silicon Valley. This is the story of Zoom CEO Eric Yuan. But when he had set out for the US to turn his dreams into a reality, little did he know that the road ahead was not going to be as easy as he had envisaged. His dreams hit a roadblock when he was denied a visa by the US government. So he applied again. And he was denied again. This happened for eight times.

After struggling for two years, Yuan finally got the visa on ninth occasion and made it to the US in the year 1997. He didn't know how to speak English flawlessly but the one thing that he knew well was to write computer code and that landed him an engineering job with a videoconferencing software company WebEx.

A decade later in 2007, WebEx was taken over by Cisco for $3.2 billion and Yuan became Cisco's Corporate VP of engineering, in charge of collaboration software and earned a salary in very high six figures. In an interview with Thrive Global, Yuan said that he wasn't happy because he met many customers and he realized that they weren't happy with the video-conferencing services. That's when he got the idea to develop a platform that would make customers happy.

In 2011, Eric Yuan decided to kick-start his new venture Zoom. Over 40 engineers from Cisco followed him to his start-up that finally took shape in 2012 and Zoom was launched as a video conferencing app. A few years later, the company had 1,700 employees and its revenue doubled in 2018 to more than $330 million.

When Yuan had launched Zoom, it faced a tough competition at the market with Skype, Google and Cisco already ruling it. However, two years later, Zoom had over 40 million individual participants that used Zoom's videoconferencing software. Initially, Zoom offered a free product to people so that they could use the app to stream video calls on their mobile devices or any other devices such as a laptop or their desktops. Interestingly, Zoom still has that offer that provides basic services for free but business clients can pay more for more features.

Till 2015, Zoom didn't have a dedicated marketing team and they totally relied on the word of mouth promotion for a very long time. To be a more customer-friendly organization, Yuan himself was deeply involved in the whole customer service process and responded personally over email to customers who were not happy with the product and planning to cancel it.

Zoom recently became the most sought after app after the world was hit by coronavirus pandemic. The company behind the app has seen its share price surge to around $150 from around $60 at the beginning of the year. The result is that the wealth of Yuan has also gone up. He was already a billionaire with a net wealth of around $3 billion but now, largely due to his 20 percent stake in his company, his net worth is close to $7 billion.

As one-third of the world sits under lockdown, the working professionals across the globe have resorted to Zoom to meet their professional commitments. Despite facing stiff competition from Google, Apple, and Microsoft, Zoom witnessed a rapid ascent in the videoconferencing market. And this because Zoom offers a host of new features and lets a person add over 100 participants to his video call. Apart from that, it also allows the participants to share their presentations during a live video conference. With many other such features, Zoom currently stands tall in the market after benefiting in surprising ways primarily due to the coronavirus pandemic.

OnePlus Always-On-Display is finally happening: Could debut on OnePlus 8, come to older phones