Valorant for PC launched: Everything you need to know

The game has been launched globally, however, it will only be available in select regions for now. Here's everything you need to know about Valorant. 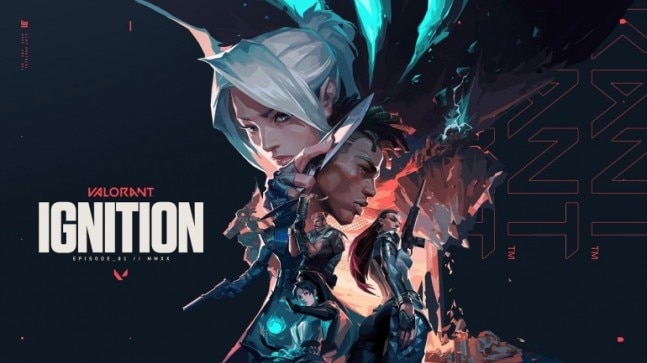 Valorant is finally here. After a round of closed beta, this new 5v5, character-based first-person tactical shooter (FPS) has been launched for all PC gamers -- albeit in select regions as of now. Developed by Riot Games, Valorant is being pegged as a game of "precise skill, high stakes, lethal gameplay, and clutch moments that reward creative gameplay styles."

In games of Valorant, players lock in their agent for the entire duration of the match and then attempt to win a round-based, attackers vs defenders, best-of-24 rounds fight. Set on a near-future Earth, in Valorant players choose from a global cast of agents, all hailing from a real-world location and culture. Each agent brings a unique set of tactical abilities they can use to gather information, fortify locations, scout for enemy intel, breach defensive sites, control territory, and more.

The developers, Riot Games, claims that in Valorant, "gunplay matters the most" and as such it promises "high-fidelity gameplay experience, including dedicated 128-tick servers for all players, for free; a global spread of data centers aimed at less than 35ms ping for players in most major cities around the world; a custom-built netcode in pursuit of precise hit registration; and proprietary anti-cheat prevention and detection from day one." As mentioned above, the game has been launched globally, however, it will only be available in select regions for now, with countries such as India initially piggy-backing on remote servers for gameplay.

Talking about the launch of the game, Sukamal Pegu, Publishing Head (South Asia) said: "Riot Games is highly committed to providing India and rest of the South Asia region with an excellent gaming experience. While you'll be joining the worldwide launch on June 2, the official servers which will support Middle East and South Asia will come later in the year.

Players in South Asia will be playing on the South East Asia servers (for now), and though you will experience a higher ping, you'll still be able to engage in enjoyable competitive battles. Make sure you register with your actual home country and original Riot ID to make your future server transition easier!"

For now, Valorant remains available only on PC. However, there are suggestions that the company will eventually branch out to consoles and even smartphones in the future. Riot Games has announced that it will be releasing more information about Valorant in the coming days. So follow this space for the latest on this new multiplayer FPS title.