Vivo has announced that the S9 smartphone will be launched in China on March 3. 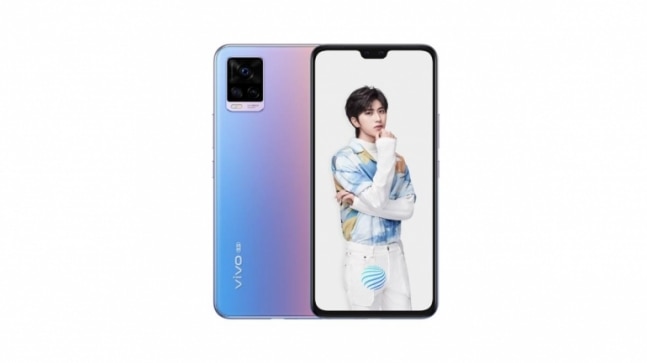 Vivo S9 launch date is March 3. The next smartphone in the S-series is coming to China next month, the company announced on Weibo social media platform. Vivo has not said anything about the new S9 beyond when it is scheduled for a launch, which means the specifications and features are officially under wraps. But as usual, the rumour mill is at it. Almost all key specifications of the Vivo S9 have been leaked, including the MediaTek Dimensity 1100 processor that is said to power the phone. This processor brings 5G to the new Vivo phone and adds to the ever-growing portfolio of 5G smartphones in China. Vivo also seems to be retaining the camera design from its recent phones on the S9.

The launch of the Vivo S9 comes after several weeks of the phone getting leaker for the first time. It was under the speculation the launch would happen in March, which is now a telltale story. Apart from the confirmation about the Vivo S9, the company has not said anything on whether there will be more smartphones at the launch event. But rumours suggest there is a smaller variant of the phone called Vivo S9E that will attract a wider audience because of its low pricing. This phone will also have 5G connectivity, according to rumours among other specifications that fall in line with it being a lower mid-range phone. I am not sure what Vivo has in store as far as S9E is concerned but one thing is certain and that is the launch of S9.

While the rumours have tipped all important things about the Vivo S9, one thing that was never mentioned was the price. The price of the Vivo S9 is a mystery right now but that will not remain to be for too long. Vivo is likely to announce the price and availability details of the S9 at the March 3 launch event.

According to rumours, the Vivo S9 will have a 6.44-inch display with a 90Hz refresh rate. This is good for customers who need smooth scrolling on their phone. There will be an octa-core MediaTek Dimensity 1100 processor under the hood with up to 12GB of RAM and 256GB of internal storage. The phone is said to come with Android 11 software with Origin OS on top. As for the cameras, the Vivo S9 will have a multi-camera setup with a 64MP sensor. On the front, the Vivo S9 is likely to come with dual cameras for selfies but their specifications are not clear right now. The Vivo S9 is said to be backed by a 4000mAh battery with 33W fast charging. Rumours also suggest the Vivo V9 will be 7.31mm thick and weigh 168 grams.

ALSO READ | Realme GT 5G flagship phone set for global launch on March 4, here is everything we know so far
ALSO READ | This may be our first look at Apple AirPods 3 tipped to launch in March
ALSO READ | Oppo patents smartphone with second display surrounded by rear cameras

Xiaomi Redmi K40 launch soon, and here are details on its specs, India price and everything else important