The Vivo V19 is tipped to come with quad cameras at the back and feature a 6.44-inch display on the front. 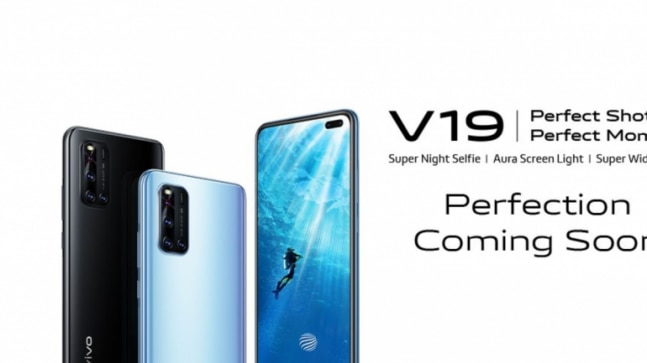 Leaks and teasers of the upcoming Vivo V19 appear to be picking up pace, with the Chinese phone maker Vivo recently teased the V19 smartphone for launch in Malaysia. Shortly after, we at India Today received information from sources close to the company that the phone will be launched with a Dual-iView display.

And now, the company has shared a teaser which not only confirms that the phone is indeed coming to India but also confirms the presence of the two punch-hole display on the device. While the teaser doesn't reveal anything else, the phone's specifications, date of release and even price are now being claimed to have been revealed courtesy of separate leaks.

Earlier, a report by 91Mobiles claimed to reveal the specifications and the pricing details of the upcoming Vivo V19. The report claims the device to come with a 6.44-inch full-HD+ Super AMOLED display with a 20:9 aspect ratio.