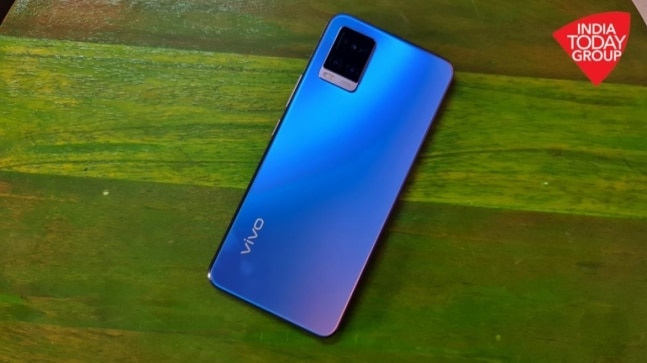 After weeks of leaks and teasers, Vivo has finally gone ahead and launched its latest smartphone, the V20 in India. The phone has been announced as the company's new bet for the mid-range segment of the market which brings with itself some really impressive hardware.

Launched at a virtual event, the Vivo V20 is powered by a mid-range chipset, the Snapdragon 720G. It is also equipped with a triple rear camera set-up with a primary 64-megapixel lens. The phone also focuses heavily on the selfie camera as it brings with itself a 44-megapixel lens at the front.

The Vivo V20 has been launched in India at a price that's close to what was tipped for it all through last week. In line with the leaks that claimed the device could be launched below the Rs 30,000 mark, the company today launched the Vivo V20 at a starting price of Rs 24,990 for the 8GB RAM and 128GB variant.

The phone's also available in another variant with 8GB RAM and 256GB variant at a price of Rs 27,990. The Vivo V20 is available for pre-booking currently and will go on sale from October 20.

With the Vivo V20, the phone maker has managed to pack in a lot of impressive hardware for the price. To begin with, there's an expansive display on the outside. The panel here is a 6.44-inch full-HD+ AMOLED display running at a resolution of 1080x2400 pixels. Although, it does not support fast refresh rates like some of its competitors do.

The display uses a now normal 20:9 aspect ratio and a high pixel density of 408ppi. The panel also supports HDR 10 for high-quality video playback and has a high peak brightness.

Under the hood, the phone will come hiding an octa-core Qualcomm Snapdragon 720G processor paired with 8GB of RAM and up to 256GB of onboard storage which can be expanded further using a MicroSD card. The phone pairs this core hardware with software solutions such as the Ultra Game Mode which can help it improve the gaming performance of the device. The Vivo V20 also brings Android 11 out of the box with Funtouch OS 11 skin over it.

For cameras, the Vivo V20 comes with a 64-megapixel Samsung GW1 primary lens which has been paired with an 8-megapixel multi-function camera that can click super wide-angle, bokeh and super macro shots. There's also a 2-megapixel monochrome lens also for adding extra detail to shots.

The Vivo V20 also brings a big 4000mAh battery pack that should be good for a day's usage on moderate-heavy use. Additionally, the phone also offers one of the fastest charging solutions in the segment with its 33W Flash Charge support. Vivo claims this can charge the device's battery to 65% in just 30 minutes.

PUBG Paramo map update brings big changes to Season 9, to be available to some Indian players

Google turns farmer with project Mineral, its robots are growing soybeans and strawberries