Vivo V20 Pro 5G launched in India: Price, features and everything else you need to know

At 7.39mm in thickness, the V20 Pro is being billed as the slimmest 5G smartphone in India. 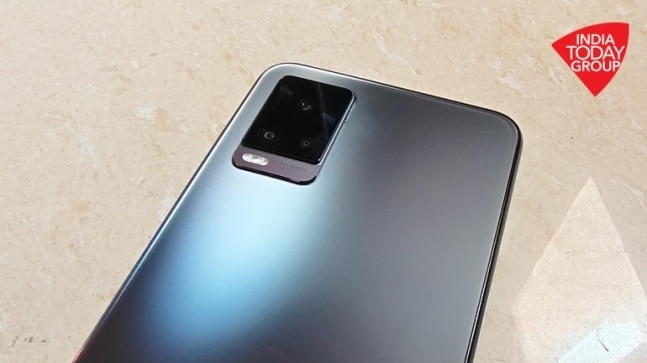 Vivo recently launched the V20 and V20 SE smartphones in India as its latest mid-range devices, and now the company has added to the line-up by launching a follow-up device in the form the V20 Pro.

The device comes as the company's latest upper mid-range phone in India that comes with a premium design language and a feature set that's impressive, to say the least. At 7.39mm thick at it's least, the Vivo V20 Pro is being billed by the company as the slimmest 5G phone in India currently. Here's all you need to know about it.

Display: The phone gets a 6.44-inch FHD+ AMOLED display with dual front-facing cameras.

Chipset: Under the hood, the device comes with a powerful mid-range Snapdragon 765G chipset.

RAM: It comes with 8GB of LPDDR4 RAM.

Storage: Available in a single storage configuration of 128GB memory.

Front cameras: At the front, the phone features a dual-lens set-up with a 44-megapixel primary camera and an 8-megapixel wide-angle lens.

Battery: Keeping the lights on the Vivo V20 Pro is a 4,000mAh battery pack that supports a 33W flash charge.

Arguably the biggest feature of the V20 Pro is that it comes with a premium design language at a price that's still technically upper mid-range in definition. The phone's design involves the use of premium materials, including metal and glass, with the V20 Pro also features a design that at it's best -- 7.39mm -- is also claimed to be the slimmest for a 5G phone in India right now.

The Vivo V20 Pro has been launched in a single variant in the country which has been priced at Rs 29,990. The phone will be available for purchase through offline retail stores across the country with a variety of launch offers.