Ahead of the launch of the Vivo V20 Pro, the phone has already seen its pricing details leak online. 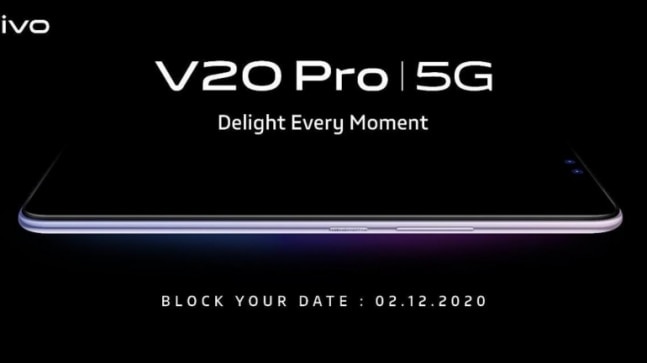 Vivo has finally come out and announced a launch date for the V20 Pro in India. The company has announced that the phone will finally be launching in India on December 2. The company released this information through a tweet shared through its official handle on Twitter.

While the teaser did not reveal anything else about the device, there's enough information already available about the phone on the web. Ahead of the launch of the Vivo V20 Pro, the phone has already seen its pricing details leak, with reports claiming that the V20 Pro will be priced in India at Rs 29,990 at launch. Apart from online channels, the phone is said to also be up for sale through offline retail stores across the country with a variety of launch offers.

As for the design, ahead of the phone's launch, India Today Tech has received some inside information about the V20 Pro, confirming to us that the phone is set to become the slimmest 5G phone in India at launch. According to sources close to the matter, Vivo is focusing heavily on the design of the device, with the V20 Pro set to emerge as one of the sleekest phones with a functional 5G chipset hidden inside its shell. While we don't have exact information about the dimensions of the phone, it can be expected that the phone will be less than 7.4mm in thickness.

WhatsApp could soon get Read Later, Multi-devices support and other features