Vivo V20 SE launched: Price in India, features and everything else you need to know

Vivo V20 SE comes with a big 6.44-inch display and a design that's premium to look at. 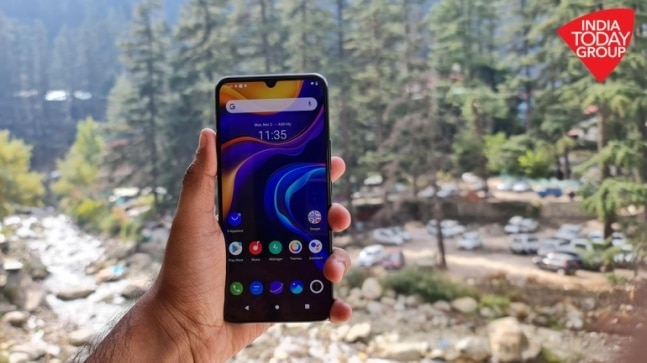 Vivo has finally launched the V20 SE in India. The phone has been launched as a more affordable variant of the Vivo V20 which was launched in India last month. The phone flaunts a spec sheet which despite not being of the same level as the V20, is impressive in its own right.

Much like its elder siblings, the V20, the V20 SE comes with a design that looks a notch too premium for the price being demanded for it. Interestingly, the device appears to be very much in line with the phone that was already unveiled in Thailand earlier in the year.

Chipset: The Vivo V20 SE comes with a Snapdragon 665 chipset with Adreno 610 GPU.

RAM: The phone comes with an 8GB RAM chip.

Battery: Keeping the lights on the device is a 4,100 mAh battery pack with support for the company's 33W flash charge standard.

Software: The phones comes with Vivo's Funtouch OS based on Android 11.

One of the biggest highlights of the Vivo V20 SE is the fact that it comes with a really impressive camera set-up for the price. The triple-lens camera set-up features a 48-megapixel, an 8 megapixel and a 2-megapixel lens. However, what adds to the performance of these lenses is the fact that it comes with a number of features including various modes like Pro, Slo-mo, AI 48 MP, DOC, Portrait, Photo, Video, Night, AR Stickers, Pano, Live Photo, etc. For selfies, the Vivo V20 SE will get a 32-megapixel lens with f/2.0 aperture.

The phone also brings with itself a big battery which with its 4100mAh capacity promises to last for a day or maybe even a day and half on a single charge. This battery also supports 33W fast charging,

Apart from this, the other big highlight of the V20 SE is its design that definitely makes the phone a looker.

The Vivo V20 SE has been launched in India as a mid-range smartphone which will retail at Rs 20,990. The company has announced that the phone will be available with some offers at the time of launch. In India, the V20 SE will be available for purchase from tomorrow. The new addition to the Vivo V-series will be available in two attractive colour options — Gravity Black and Aquamarine Green.