Vivo V21 5G has been spotted on the Indonesia Telecom certification website, which means that it is next in its launch pipeline. 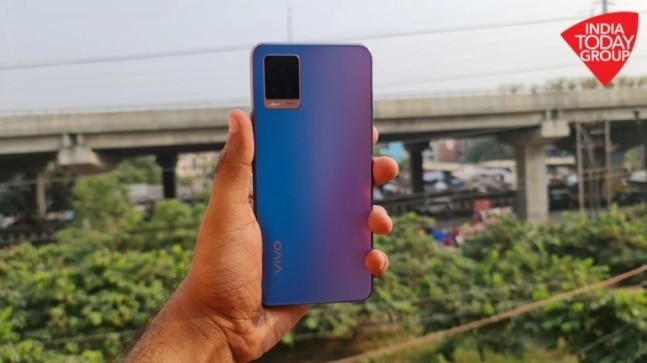 Vivo 20 was launched back in October last year, and now the brand is gearing up to launch its successor. This new smartphone, dubbed as Vivo V21 5G, has been spotted on the Indonesia Telecom certification website bearing model number V2050.

There's not a lot of information revealed about this smartphone at this point in time. The Indonesian certification, which helped us with the name and model number, fails to reveal any other details on this device. So far, we know that Vivo V21 5G, as the name suggests, will be a 5G compatible smartphone. Also, it will possibly be powered by a better 5G capable chipset than Snapdragon 720G.

We are expecting to see three models in the upcoming Vivo V21 series, much like the Vivo V20 lineup, the Vivo V21 SE, the standard Vivo V21 and the high-end Vivo V21 Pro.

As far as the specs of the Vivo V20 are concerned, the smartphone features a 6.44-inch FHD+ AMOLED panel. Further, it is powered by Qualcomm's Snapdragon 720G, which is an octa-core chipset based on an 8nm manufacturing process. It is coupled with an Adreno 618 GPU and is clocked at 2.3GHz. The device comes with 8GB of RAM and 128GB/256GB of onboard storage.

The rear of the Vivo V20 sports a triple camera setup consisting of a 64-megapixel wide-angle primary lens, an 8-megapixel ultra-wide-angle shooter and a 2-megapixel depth sensor for bokeh shots. Whereas, on the front, there's a 44-megapixel single selfie shooter, which is housed in a water-drop notch.

The Vivo V20 came with an under-display fingerprint reader and a 4000mAh battery with support for fast charging.