The Vivo X50 Pro camera in the past has been teased to be able to output 100-megapixel images. 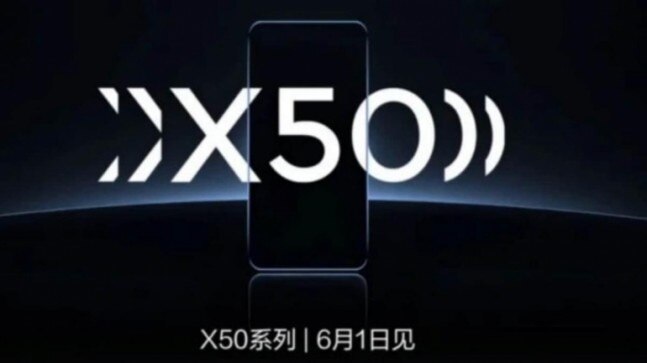 Taking to the social media website, one of Vivo's product managers boasted how the phone will bring a sensor with 2.4µm pixels, 1/1.3 sensor size. The camera has been teased to be able to output 100-megapixel images. Interestingly, all of the specs match the GN1 sensor, thereby leading us to believe that the X50 Pro will indeed be housing this lens.

Earlier, the company had teased that the phone will come with impressive low-light performance -- a claim also being made for the ISOCELL GN1 sensor by Samsung. The lens was launched only a few days ago, and if the Vivo X50 Pro does indeed get it, it'll make it the first phone to sport Samsung's new camera.

Talking about the lens, it is Samsung's first image sensor to offer both Dual Pixel and Tetracell technologies. Thanks to the relatively larger pixel size, the GN1 claims to bring "image sensor performance to a new level with a combination of elevated light sensitivity for stellar low-light photos and DSLR-level auto-focus speeds, optimized for more dynamic picture-taking experiences."

The GN1 also promises best-in-class auto-focusing with 100 million phase-detection auto-focus (PDAF) agents. The company claims that with all of the sensor's active pixels working as auto-focusing agents, the GN1 can detect and focus onto a desired still or moving object from every corner in an instant, even in low-light conditions.

When capturing images, a single-pixel output is created by merging the outputs from the two photodiodes within the pixel. Samsung also provides a software algorithm that takes light information from each photodiode to produce image resolutions comparable to 100Mp.

The GN1 adopts Tetracell technology, a pixel-merging technique for improved low light photogrpahy. It improves the pixels' capacity to capture and process more light. By binning four pixel signals into one, Tetracell doubles the image sensor's pixel size to 2.4m and quadruples the light sensitivity to take brighter 12.5Mp photographs. With improved light sensitivity combined with a powerful auto-focusing solution, the GN1 is able to focus on an object quickly even in extreme low-light environment to deliver both brighter and sharper results.

In addition to Dual Pixel and Tetracell technologies, the GN1 comes with Smart-ISO that intelligently selects the optimal ISO, real-time HDR that captures the scene in multiple exposures simultaneously, and gyro-based electronic image stabilization (EIS) that takes sharp images and video even when in motion.