Vivo X50 series could launch on July 16 in India: All you need to know

The flagship series consists of the X50, X50 Pro and X50 Pro+. Of the three, Vivo is tipped to only bring two phones to India. 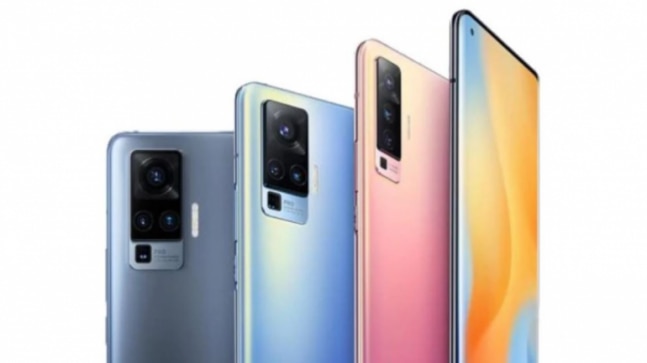 Vivo has been extensively teasing its upcoming flagship X50 series phones for a global launch later this month, and now, we finally may have a launch date for it. The latest information has revealed that the global launch of the Vivo X50 series may happen in the third week of this month.

As per new reports, the Vivo X50 series may very be launched in several international markets on July 16 or July 17. There's no clarity if the phone will also launch in India on that date, but with the company already releasing a teaser about the phone's imminent launch in the country, this date could also end up being the one for the India release of the phone.

However, the latest reports suggest the new launch will see the company only release the X50 and Vivo X50 Pro models outside of China. The new report claims the Vivo X50 could be available in colors like Frost Bleu and Glaze Black in global markets, while the Vivo X50 Pro could be made available in a single Alpha Grey color. The phone is expected to be launched in a number of countries on this day, with Malaysia, Singapore, Cambodia, Vietnam, Thailand, Indonesia, and India tipped to make up the list.

Of the three phones in the list, it is X50 Pro+ which is the true flagship and the suggestion that it may not come to India will be a real disappointment for a lot of Vivo fans. This is because the Vivo X50 Pro+ brings with it the promise of flagship performance and seriously powerful cameras. It is the first phone to flaunt Samsung's brand new 50-megapixel ISOCELL GN1 1/1.3" sensor which can combine the ISOCELL and Tetracell technologies.

In terms of specifications, the Vivo X50 Pro+ brings a 6.56-inch full HD+ Super AMOLED display with a punch-hole cutout for the phone's selfie camera. The display can run HDR10+ content and promises a high 120Hz refresh rate. Under the hood, the phone is powered by a Snapdragon 865 SoC paired with 8GB RAM and 256GB storage. For software, it gets The Android 10-based Funtouch OS. The device is powered by a 4,315mAh battery that also supports fast 44W wired charging.

For cameras, the Vivo X50 Pro+ gets a quad-camera setup with a 50-megapixel Samsung GN1 as the primary sensor, an 8-megapixel telephoto lens with 60x hybrid zoom, a 13-megapixel wide-angle lens, and an 8-megapixel macro lens. For selfies, there's a 32-megapixel sensor. There's an in-display fingerprint sensor for security, while the phone also supports 5G, 4G LTE, dual-band Wi-Fi, Bluetooth 5.0, GPS, NFC and USB Type-C port for connectivity.

After Jio, Airtel likely to launch its own video conferencing app