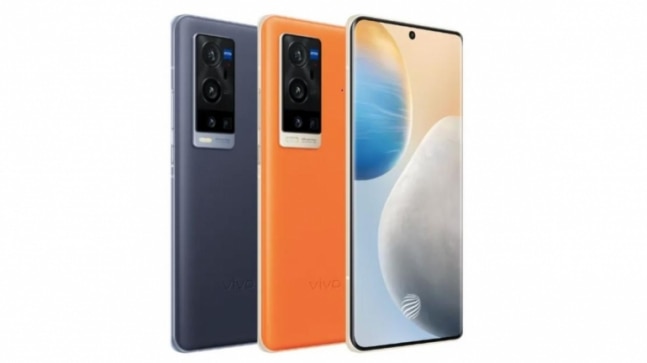 After weeks of leaks and rumours, Vivo has finally launched the X60 Pro+ smartphone. The device brings with itself a lot to like, including an upgraded version of the gimbal stabilization system and Qualcomm's flagship Snapdragon 888. The phone also offers powerful sensors for clicking photos, a big battery which also can be charged really fast using the device's supported 55W fast charging technology.

In terms of specifications, the phone comes with a 6.56-inch OLED display which comes with a 120Hz refresh rate and 240Hz touch sampling rate. The panel also offers support for features like HDR10+. It also has a high brightness rating as it can produce up to 1,300 nits. The panel, however, can only offer Full HD+ resolution.

Underneath the display is a Snapdragon 888 GPU which is 35 per cent faster and 20 per cent more power-efficient than the previous generation. This chipset has been paired with fast LPDDR5 RAM and enhanced UFS 3.1 storage.

The real improvements are being seen in terms of cameras, with the main module using a large 50-megapixel ISOCELL GN1 sensor. This has been sat next to a 48-megapixel lens. This is an ultrawide module (114°, 14mm) which also gets support for the gimbal stabilization system. The lens is an IMX598 sensor that offers 0.8µm pixels. Next up is a 32-megapixel lens and an 8-megapixel lens. The latter is a periscope camera with 5x optical magnification, which can go up to 60x with digital zoom.

To keep the phone running, there's a 4,200 mAh power pack that supports fast charging at 55W over the USB-C port. Also of note is the fact that the phone does not support wireless charging.

Some Android users will lose access to Google Duo

Beeper app combines iMessage, WhatsApp, and 13 other chat apps in one place