Vivo X60 series smartphones have recorded 200% more pre-bookings than the last year's X50 series till March 30. The number of pre-bookings reflects a new record for the company for the excitement around its smartphones even before their availability. 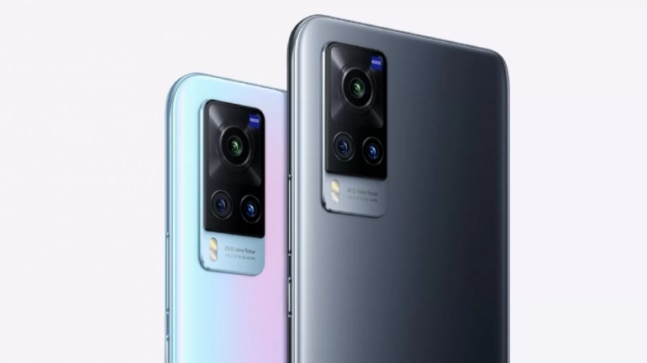 Vivo recently launched its latest flagship series under the X60 banner. The company now posts that the smartphones under the series have received an impressive response from the market, recording more than 200% pre-bookings than the last year's offerings.

The numbers break the previous record, Vivo claims. The pre-bookings have been recorded till March 30, 2021. They are spread out across the three offerings in the series - Vivo X60, Vivo X60 Pro and Vivo X60 Pro+. The 200% increase is in comparison with the last year's X50 series.

Since these are the pre-bookings for the four smartphone variants in the series as of now, the devices are yet to be officially available for customers. These will be available for purchase starting April 2 2021, on Vivo India E-store, Amazon.in, Flipkart and other major e-commerce websites along with Vivo's offline partner retail stores across India.

The entire Vivo X60 series makes use of the powerful Qualcomm Snapdragon 8 series 5G chipset. Other highlights of these smartphones are the in-built gimbal stabilisation which aims to help in clicking steadier shots. This is also the first time that Vivo has partnered with Zeiss for the optics on its smartphones.

Before their availability starting April 2, customers can avail of various offers in the pre-booking phase. These include a 10% cashback on HDFC debit and credit cards, mobile damage protection by V-Shield and a Vivo upgrade offer that constitutes a Rs 3000 additional exchange bonus + Rs 1000 loyalty bonus and up to 80% assured buyback. Upon availability next month, the exchange offer will be reduced to up to Rs 4,000.

Jio and Vi top-tier postpaid plans give access to Amazon Prime and Netflix, check all benefits